Episode 27 of the WHL Podcast dives into a look forward with three second-year WHL stars as we hear from Kai Uchacz of the Seattle Thunderbirds, Colton Dach of the Saskatoon Blades, and Sean Tschigerl of the Calgary Hitmen.

Hosted by Zach Hodder, the WHL Podcast offers insight into the world of hockey through stories and perspectives shared by some of the biggest and best names from across WHL history. Currently available on Spotify, Soundcloud, YouTube, and at WHL.ca, fans will enjoy new episodes of the WHL Podcast every Wednesday. 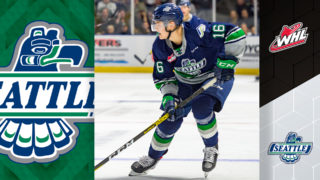 A 17-year-old product of Calgary, Alta., Kai Uchacz was originally selected by the Thunderbirds in the first round (10th overall) of the 2018 WHL Draft. He made his WHL debut during the 2018-19 season, skating in five games with the Thunderbirds and collecting two points (1G-1A). The 2019-20 campaign served as his WHL rookie season, and Uchacz appeared in 52 contests, registering eight points (2G-6A). He also represented Canada Black at the 2019 World Under-17 Hockey Challenge. Uchacz is eligible for the 2021 NHL Draft, currently listed as a ‘C’ prospect by NHL Central Scouting. 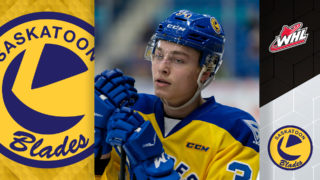 An 18-year-old product of Fort Saskatchewan, Alta. and the younger brother of Chicago Blackhawks star Kirby Dach, Colton Dach was originally selected by the Blades in the first round (sixth overall) of the 2018 WHL Draft. He made his WHL debut during the 2019-20 season, dressing for 62 games and scoring 29 points (11G-18A). Dach is eligible for the 2021 NHL Draft, currently listed as a ‘C’ prospect by NHL Central Scouting.

A 17-year-old product of Whitecourt, Alta., Sean Tschigerl was originally selected by the Hitmen in the first round (fourth overall) of the 2018 WHL Draft. He made his WHL debut in 2018-19, getting into eight games with the Hitmen and securing his first-career WHL goal. The 2019-20 season brought full-time duty for Tschigerl, as saw action in 56 contests, securing 13 points (4G-9A). He also represented Canada Black at the 2019 World Under-17 Hockey Challenge, serving as an alternate captain and tallying two points (1G-1A) in five outings.