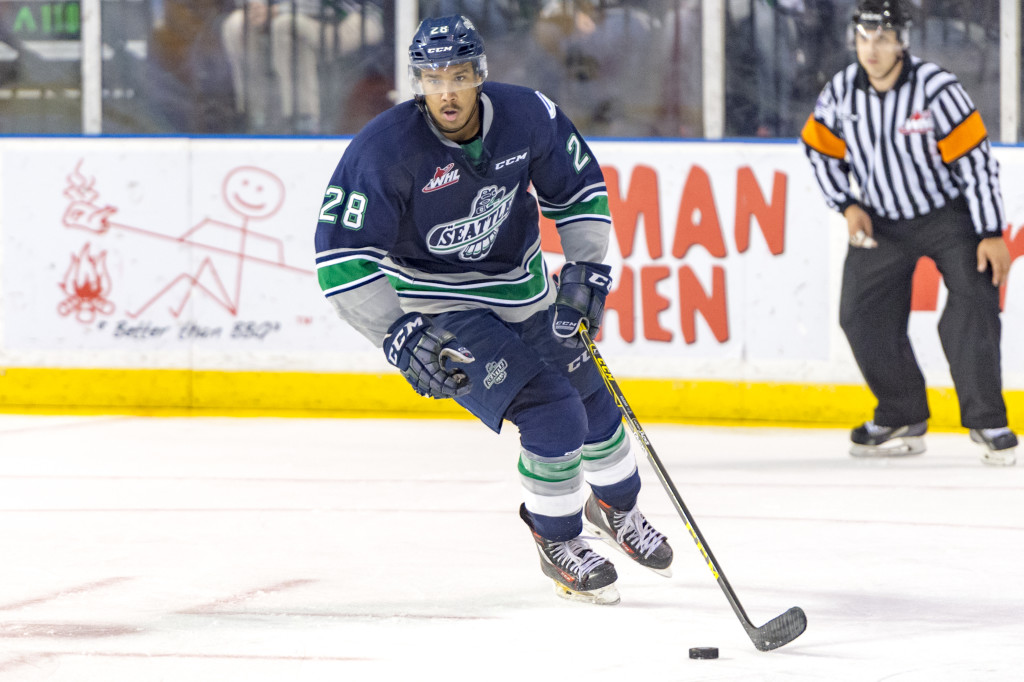 “We are very happy and excited for Keegan to be signing with Columbus,” said Farwell. “Signing his first pro contract is such a huge step in a player’s career and we look forward to watching him continue to develop his game over the next two years.’

Kolesar was selected by the Blue Jackets in the third round, 69th overall, in the 2015 NHL Draft in Sunrise, Florida.

Kolesar is currently second on the T-Birds in scoring with 40 points on 16 goals and 24 assists. He is tied for 15th in the WHL in scoring. In 158 games over three seasons Kolesar has 37 goals and 48 assists for 85 points with 191 penalty minutes.

Kolesar, from Winnipeg, Manitoba, was taken by the T-Birds with the 20th overall selection in the 2012 Bantam Draft.

The T-Birds next play on Sunday, December 27, against the Spokane Chiefs in Spokane at 5:05pm.