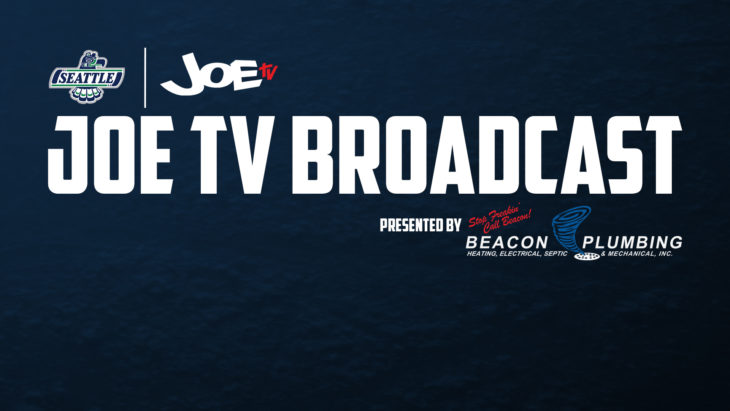 The Seattle Thunderbirds are pleased to announce 8 games in April and May of the 2020-21 regular season will be broadcast on JOEtv (KZJO) and presented by our friends at Beacon Plumbing.

The first game on the April broadcast schedule is Sunday, April 4, at 5pm against the Chiefs in Spokane.

“We are very happy to continue our relationship with JOEtv,” said Colin Campbell, T-Birds Vice President. “This is a very unique season for us and we are thankful for our partnership with JOEtv to be able to give our fans the opportunity to see our games. We look forward to announcing the games in April and May that will be broadcast on JOEtv.”

“JOEtv is dedicated to delivering more T-Birds games than ever to match the demands of the team’s devoted fan base, and encourage the entire region’s growing interest in hockey,” said Pam Pearson SVP/GM of Q13 FOX and JOEtv.

The T-Birds announced their 2020-21 schedule on February 24. The schedule for this season consists of 24 games against the U.S. Division. Due to Covid-19 protocols fans will not be allowed at games and the JOEtv broadcasts will provide a great opportunity for fans to see T-Birds games.

About JOEtv
JOEtv (KZJO) is the sister station of Q13 FOX (KCPQ), broadcasting on channel 22 and available on Comcast cable 110. JOEtv carries a variety of local news, sports and entertainment programming including Sounders FC matches and Seattle Storm games. JOEtv is also home to the weekend edition of Q13 News This Morning on Saturdays and Sundays from 7am – 11am and Q13 News at 8 and 9 every night. For more information visit www.q13fox.com.