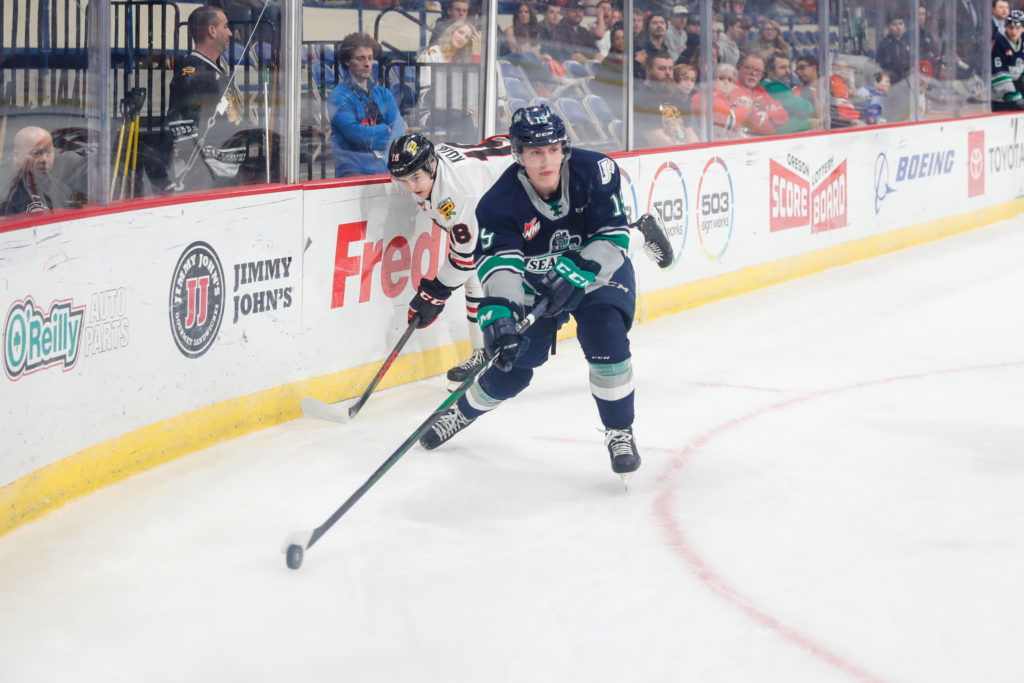 Seattle took a 1-0 lead at 3:45 of the first period on Andrej Kukuca’s team leading 23rd goal of the season. Payton Mount passed the puck from the defensive zone to Kukuca just outside the offensive zone. Kukuca gained the zone, skated into the slot and beat Portland goalie Joel Hofer over the glove with a wrist shot. Owen Williams had the second assist by recovering a loose puck and sending it to Mount.

Conner Roulette scored at 18:17 of the first to make it a 2-0 T-Birds lead. Kukuca had the puck behind the Portland net and centered it to Mount who took a shot. Mount’s shot hit Hofer’s right pad and went straight to Roulette to the left of the net. Roulette put back the rebound for his 19th goal of the season.

Portland cut the T-Birds lead to one with a shorthanded goal by Seth Jarvis at 5:01 of the second period.

The Winterhawks tied the game 2-2 51 seconds into the third period on a goal from Reece Newkirk.

Mount scored a five-on-three power-play goal at 17:38 of the third to cut the Winterhawks lead to 5-3. Simon Kubicek passed the puck from the mid-point to Mount in the left circle. Mount skated around the top of the circle and into the high slot and beat Hofer with a wrist shot. Kukuca had the second assist.

Seattle pulled goalie Blake Lyda with 1:34 left and kept the pressure on but were not able to score a fourth goal.