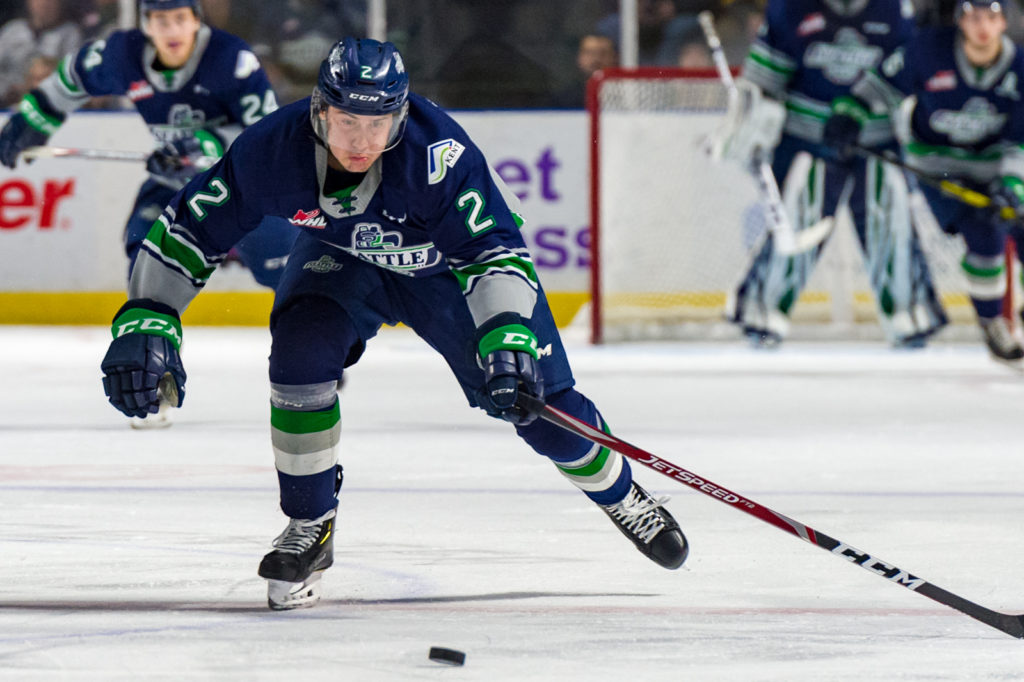 Kubicek and Morozoff score in 5-2 loss to Winnipeg

Seattle took a 1-0 lead on a power-play goal by Simon Kubicek at 12:34 of the first period. Henrik Rybinski passed the puck from the right wall to Kubicek at the right point. Kubicek skated the blue line and took a wrist shot that beat Winnipeg goalie Jesse Makaj on the blocker side. Payton Mount had the second assist.

The ICE went in front 2-1 at 6:06 of the second period on a goal from Jackson Leppard.

Michal Teply scored a power-play goal 42 seconds into the third period to give the ICE a 3-1 lead.

Alex Morozoff cut the ICE lead to one at 3:08 of the third. Conner Bruggen-Cate drove wide on the left wing past the defenseman and around the net. Bruggen-Cate attempted to score on a wraparound and the puck came into the slot right to Morozoff. Morozoff beat Makaj as the goalie lunged right to left to make the save.

Winnipeg took the two-goal lead back at 3:28 of the third on a goal from Teply.

Seattle pulled goalie Roddy Ross for an extra with 2:14 left in the third period. Winnipeg’s Reece Harsch hit the empty net with 2:01 left to get their fifth goal.