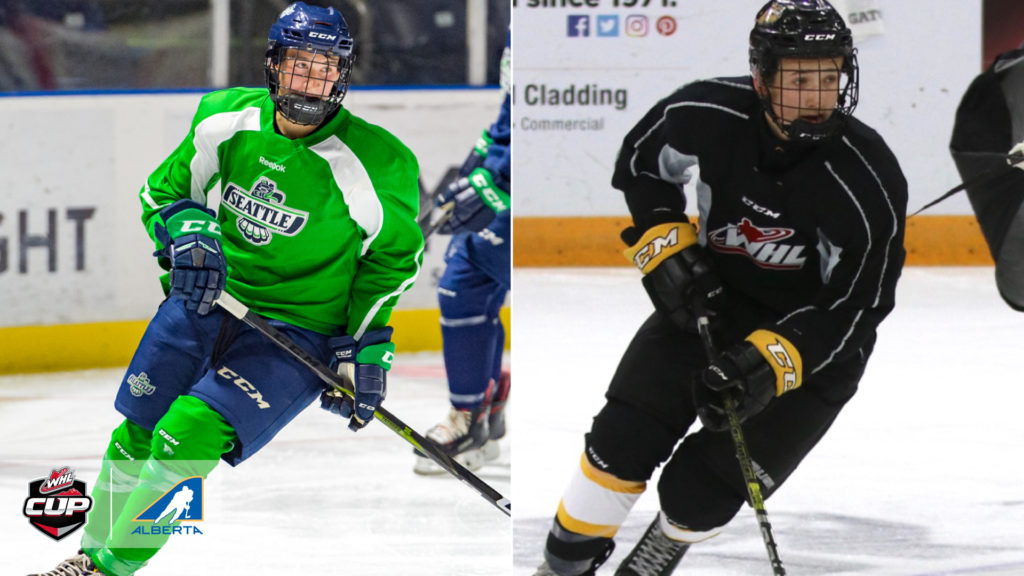 Since the puck first dropped on the WHL Cup in 2009, Alberta has been the team to beat at the tournament.

With five championship victories to their name, including a three-peat from 2013-2016, the Wild Rose province has enjoyed unparalleled success in the seven times the tournament has been contested.

However, they’ve had to endure for two years without the crown of defending champion after an overtime loss in 2017 to British Columbia. With that in mind, fresh attitudes and another stacked roster have the province eager to reclaim the title in 2019.

Brandin Cote served as an assistant coach with Alberta’s team two years ago and knows the pair of that loss all too well. In 2019, he’ll serve as head coach and is determined to focus on how times have changed.

“We want the kids to have a good experience,” Cote said. “At the end of the day, you want to win and have some success for sure, but we want to create an environment where the kids are going to come in, they’re going to create some new friendships and lasting relationships.

“It’s their first step in the Program of Excellence with Hockey Canada so we just want to make sure basically that they have a great experience.”

There’s no shortage of talent either, with six of the seven first-round selections from the 2019 WHL Bantam Draft suiting up for their province.

A pair of top-four selections from the Prince George Cougars in defenceman Keaton Dowhaniuk of Sherwood Park and forward Koehn Ziemmer of Mayerthorpe will both look to impress. From the Brandon Wheat Kings’ prospect pool, first-round choices Nate Danielson of Red Deer and Rylen Roersma of Lethbridge will aim to do the same.

“I really want to show how well I can perform in a high-level competition,” Roersma said of the upcoming tournament.

The 15-year-old Roersma was named as one of the three recipients of the Alberta Major Bantam AAA Hockey League’s (AMBHL) Most Valuable Player Award last season, posting 44 points (23G-21A) in 29 games. Selected 16th overall by the Wheat Kings last May, Roersma is motivated to have a stand-out performance, helping his province capture gold. He also wants to show the Wheat Kings that he’ll be more than ready to make the full-time jump to the WHL next season.

“When I go to [Brandon’s] camp next year, they’ll know that I can compete at a high level like that and that I might be ready to go for that jump to the WHL next year,” Roersma said of his ambitions.

This year’s roster will see stronger contingents from the southern part of the province, but there is still key talent from the Edmonton area that will make them an offensive threat each time they hit the ice.

“We’re obviously pretty skilled and I think we’re a hard-working team,” Gustafson said. “Hopefully our team lives up to our expectations and we make a good impression at the WHL Cup.”

The 15-year-old was made the top pick of the Seattle Thunderbirds at the 2019 WHL Bantam Draft, going eighth overall. A summer removed from that day and with his first camp in the books, Gustafson is ready to make good on the Thunderbirds’ faith in him.

“I was lucky to get drafted to such a great organization like Seattle,” Gustafson said. “When I went to camp, it was a big eye opener to what the WHL provides to the league. They’ve been nothing but great to me. I’m very honoured to be in a great system like that.”

Cote’s experience as an assistant coach Swift Current Broncos, as well as 352 WHL regular season games in a Spokane Chiefs uniform, make him more than qualified to lead this year’s group of talent. As much as he’s seen the tournament play out before and knows of Alberta’s past success, it’s clear it’s a new time for the province on the ice.

“We want to go in there and create our own legacy as a team for 2019,” Cote said. “We’re just really looking forward to the challenge. It’s an intense tournament, it’s a high level of play, with fantastic rosters in all provinces.

“The biggest thing for us is to just help these guys focus on the task at hand each day and give them what they need so they can just go out and play.”

NEWS: Hockey Alberta is pleased to announce the #TeamAlberta U16 Male Roster for the 2019 WHL Cup in Calgary.