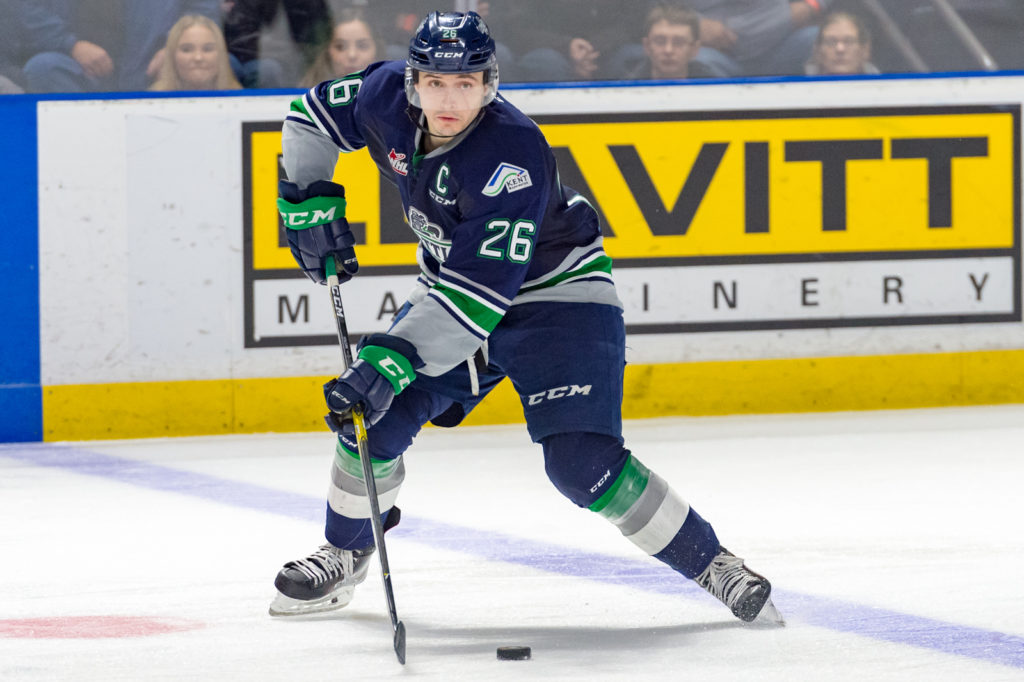 KENT, December 11, 2018 — Nolan Volcan had a hat trick an assist Tuesday night at accesso ShoWare Center to lead the Seattle Thunderbirds to a 6-5 win over the Prince George Cougars.

Zack Andrusiak had two goals and three assists and Jarret Tyszka had a goal and an assist in the game.

The T-Birds play the Spokane Chiefs on Friday at 7:35pm at accesso ShoWare Center. Then they hit the road for two games, Saturday at the Everett Silvertips at 7:05pm and Sunday at the Chiefs at 5:05pm.

Seattle (11-14-3-0) tied the game 1-1 at 5:59 of the first on a Zack Andrusiak breakaway goal. Nolan Volcan played the puck off the left boards in the Seattle zone to Simon Kubicek inside the blue line. Kubicek hit Andrusiak with a pass as he streaked up the center of the ice. Andrusiak came in on Prince George goalie Taylor Gauthier and beat the goalie with a backhand shot over the blocker. It was Andrusiak’s 20th goal of the season. 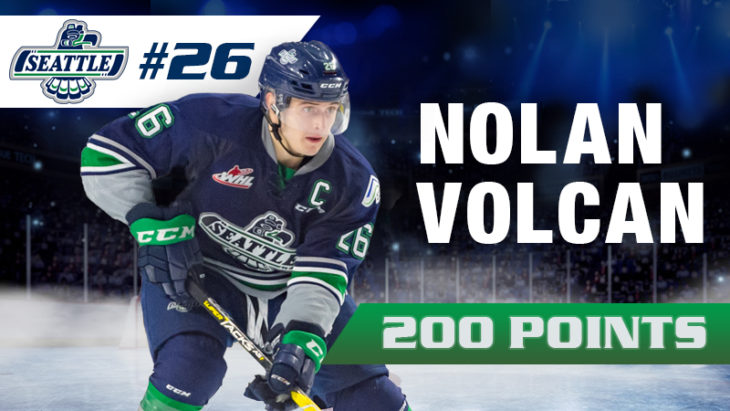 The Cougars took a 2-1 lead on a power-play goal by Jackson Leppard at 10:43 of the first. Toman and Ilijah Colina had the assists.

Vladislav Mikhalchuk made it a 3-1 Cougars lead when he scored at 16:34 of the first off assists from Leppard and Austin Crossley.

Andrusiak set up the T-Birds second goal which came at 17:39 of the second. Matthew Wedman carried the puck up the right wing into the Cougars zone. Wedman dropped the puck in the right circle to Andrusiak who skated to the goal line. Andrusiak centered the puck to Volcan cutting through the low slot. Volcan tipped the puck past Gauthier for his eighth goal of the season. 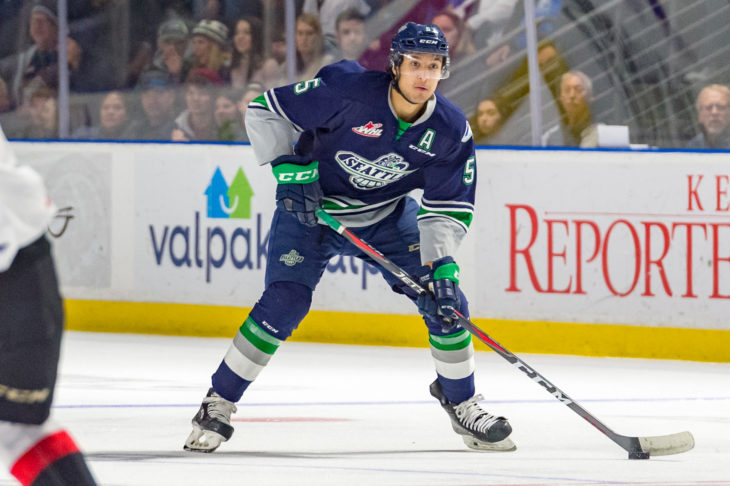 Andrej Kukuca and Dillon Hamaliuk got chances in tight against Gauthier forcing the goalie down before the puck popped out to Tyszka in the left circle. Tyszka whipped the puck into the net 47 seconds into the period as Gauthier struggled to get up on his feet.

Cade McNelly took a slap shot from the left point with Volcan in front of the goalie. Volcan banged in the rebound at 1:57 of the second for his second goal of the night. Andrusiak had the second assist. The assist was McNelly’s first career point in the WHL.

Andrusiak extended the lead to two goals at 9:50 of the second on the power play. Philp passed the puck to Tyszka at center ice. Tyszka found Andrusiak in the left circle. Andrusiak skated at Gauthier and beat the goalie under the left arm with a snap shot.

Mikhalchuk cut the T-Birds lead to one goal at 13:01 of the second with his second goal of the game. Cole Moberg and Ryan Schoettler had the assists.

The T-Birds had a 28-19 advantage in shots after two periods by outshooting the Cougars 12-6 in the second period.

Volcan converted the hat trick at 9:25 of the third period. Andrusiak took a shot from the left circle. Wedman got a stick on the rebound before Volcan chipped the puck over DiLaura at the left post.

Josh Maser scored with two minutes left in the game with the teams skating four-on-four and DiLaura on the bench for an extra attacker to cut the T-Birds lead back to one goal. Moberg and Schoettler had the assists.

The Cougars pulled DiLaura a second time but the T-Birds defense stood tall blocking several shots before the final horn.