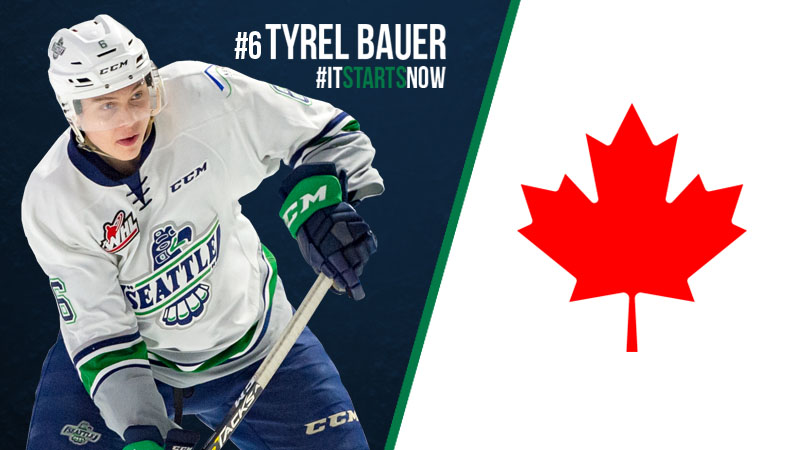 Annual U-18 tournament set for August 5 to August 10

Hockey Canada’s Selection Camp will be held from July 26 to July 30 in Calgary, Alberta, at the Markin MacPhail Centre at WinSport’s Canada Olympic Park.

“This is great for Ty,” said La Forge. “The chance to play for your country against top international players in his age group will be a big step in his development. We’re looking forward to seeing him compete for a spot on Team Canada.”

In his rookie season last year Bauer had two goals and 12 assists for 14 points in 64 games. Bauer, from Cochrane, Alberta, was the T-Birds second round selection, 41st overall, in the 2017 Bantam Draft.

Bauer is one of 44 players attending the Team Canada Selection Camp. There are four goaltenders, 16 defenseman and 24 forwards competing for a roster spot.

“We are excited to bring together a group of 44 athletes with a solid foundation of junior and international experience for selection camp. The under-18 camp is unlike any other, as players are being evaluated from the moment they arrive at camp and are preparing to compete in short-term competition,” said Shawn Bullock, director of men’s national teams for Hockey Canada. “Historically, Canada has been successful at the Hlinka Gretzky Cup, and we know all 44 players will come to camp ready to compete for a spot on the team and the opportunity to wear the Maple Leaf in international competition.”

Eight is Enough for T-birds
19 mins ago