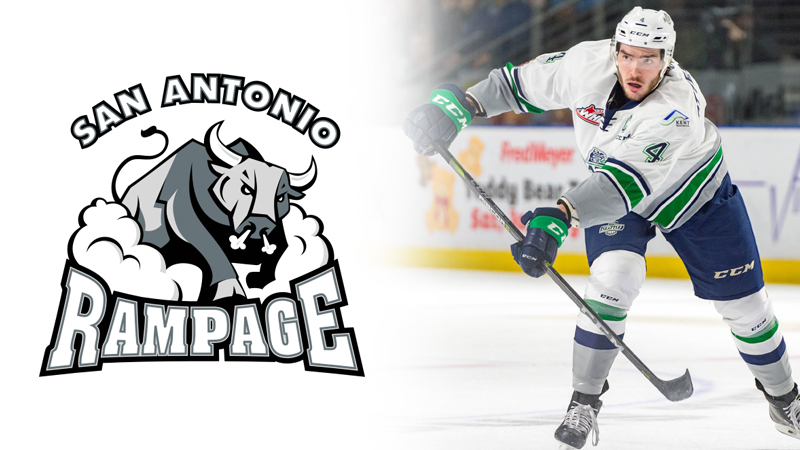 Defenseman had 9 goals and 38 assists this season

“We are excited to see Turner get this opportunity,” said T-Birds head coach Matt O’Dette. “He has been a top defenseman in the league for several seasons and it is nice to see him finally rewarded for his hard work and leadership. We look forward to watching his professional career and wish him the best.”

The Rampage play the Rockford Ice Hogs tonight and it is possible Turner could make his professional debut in this game. The Rampage are the AHL affiliate of the Colorado Avalanche.

Ottenbreit had nine goals and 38 assists for 47 points in 64 games this season. In four seasons with the T-Birds and Saskatoon Blades he played in 284 games and had 24 goals and 84 assists for 108 points with a plus/minute rating of plus-76.

He had three goals and six assists for nine points in 20 playoff games as the T-Birds won the 2017 WHL Championship.

Ottenbreit was acquired from the Saskatoon Blades on September 29, 2014, for defenseman Adam Henry.