Tips Slide Past T-Birds In Overtime 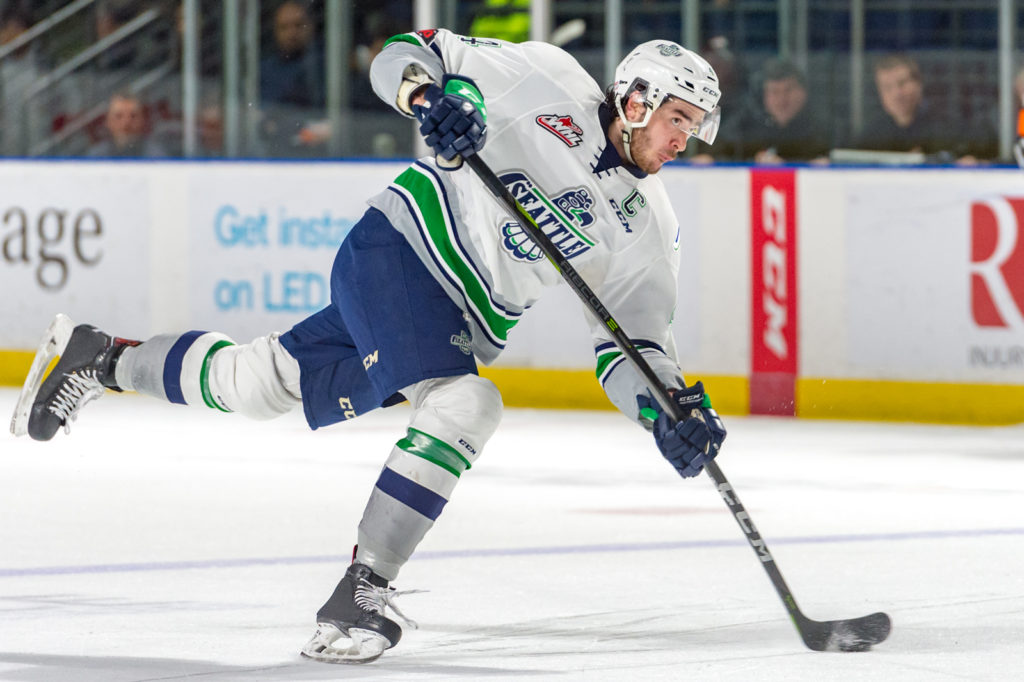 Wedman, Strand and Ottenbreit score in 4-3 overtime loss to Everett

Everett won the game at 1:56 of overtime when Bryce Kindopp scored.

The Silvertips made it a 2-0 lead at 14:10 of the first on a goal from Kevin Davis. Connor Dewar had the only assist.

Seattle (27-20-7-2) cut the Everett lead to one at 18:59 of the first on a power-play goal from Matthew Wedman. Austin Strand took a slap shot from the left circle that Everett goalie Carter Hart stopped. Nolan Volcan poked at the rebound and Hart made the save as the puck popped into the air. Wedman knocked the puck out of mid air and past Hart for his 14th goal of the season.

Everett took the two-goal lead back at 2:57 of the second period on Pilon’s second goal of the game. Jake Christiansen and Riley Sutter were credited with the assists. 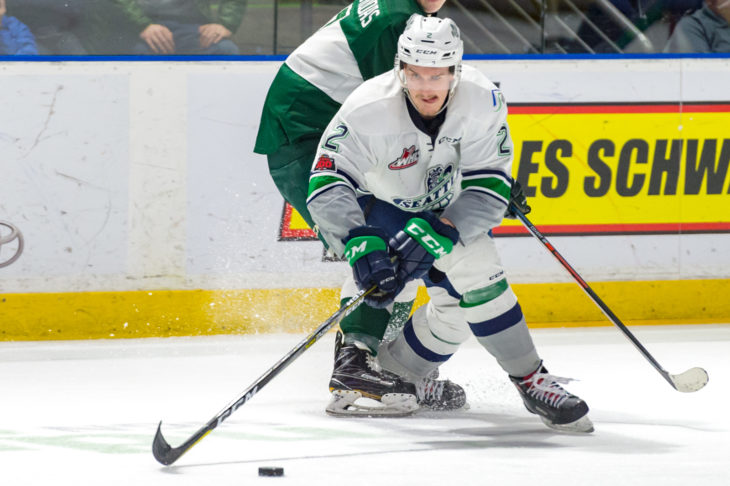 Seattle started the comeback at 1:12 of the third period on a power-play goal from Strand. Turner Ottenbreit passed the puck from center ice to Strand in the left circle. Strand one-timed the pass and beat Hart on the glove side. Zack Andrdusiak had the second assist on Strand’s 18th goal of the season.

Ottenbreit tied the game 3-3 at 10:06 of the third. Donovan Neuls made a great play down the right-wing boards as he jumped to avoid an Everett hip check. Neuls centered the puck from the low right circle to Ottenbreit in the slot. Ottenbreit beat Hart on the glove side for his eighth goal of the year.

Nolan Volcan hit the left post with a shot in overtime just before Everett scored the winning goal.

Everett outshot Seattle 42-38 in the game.