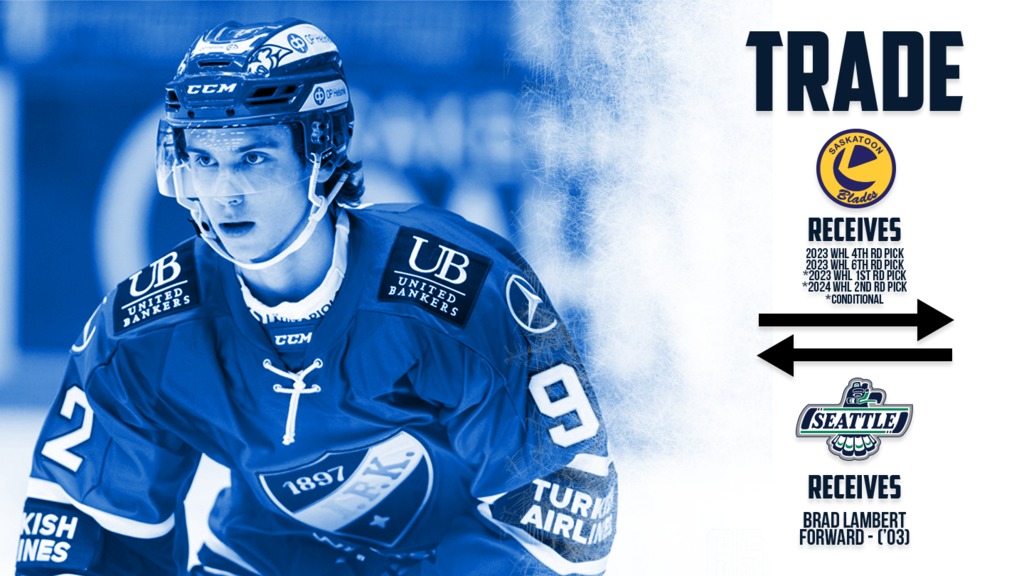 “The opportunity to add a player of Brad’s caliber was too enticing to pass up,” said General Manager, Bil La Forge. “We are excited to see where Brad gets drafted next week and wish him well in his quest to play in the NHL. We feel we are a very good option for him to continue his development. This transaction has the potential to greatly improve what is already a good team.”

In the 2021-22 season, Lambert played in Liiga, the top men’s league in Finland, and accrued a total of four goals and six assists in 49 games.

The Thunderbirds start the 2022-23 season at home on October 1. Season tickets are now on sale, join the flock and experience the most electric atmosphere in the WHL.