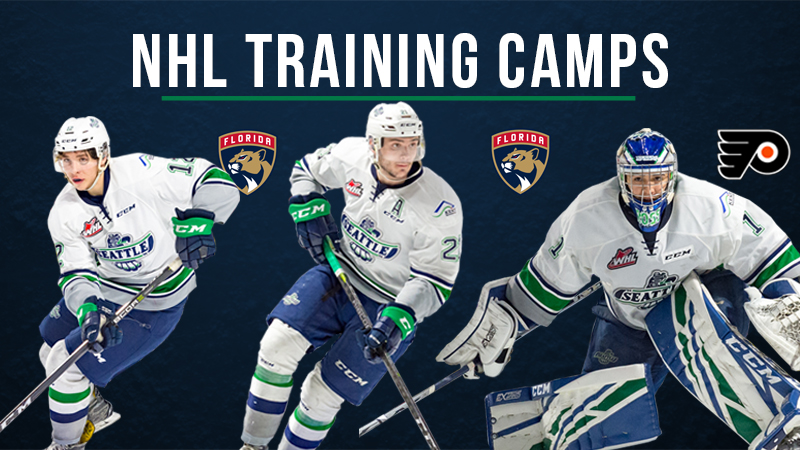 Rybinski and Wedman in Florida, Ross in Philadelphia

Right wing Henrik Rybinski is attending the Florida Panthers Training Camp at Panthers IceDen in Coral Springs, Florida, starting Tuesday, September 10. Rybinski leaves for the Panthers Camp on Saturday. Rybinski was selected by the Panthers in the fifth round, 136th overall, in the 2019 NHL Draft.

Goalie Roddy Ross is attending the Philadelphia Flyers Training Camp at Virtua Center Flyers Skate Zone in Voorhees, Pennsylvania, starting Saturday. Ross left for Flyers Camp on Thursday. Ross was selected by the Flyers in the sixth round, 169th overall, in the 2019 NHL Draft.

Center Matthew Wedman is attending the Panthers Training Camp in Coral Springs. Wedman was selected by the Panthers in the seventh round, 199th overall, in the 2019 NHL Draft.

The T-Birds are at the Red Lion Hotels’ Preseason Tournament at the Toyota Center in Kennewick this weekend. The T-Birds will begin the tournament on September 6 against the Tri-City Americans at 7:05pm. Tournament play will conclude on Saturday with a matchup against the Portland Winterhawks at 3pm.