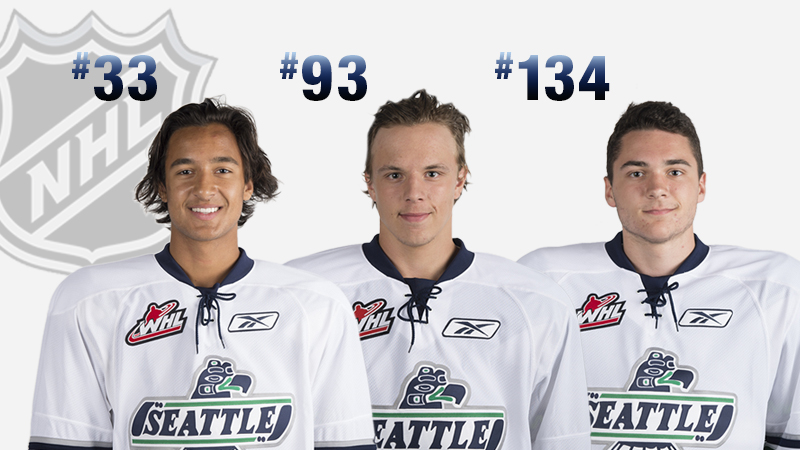 Tyszka No. 33, Moilanen No. 93 and Wedman No. 134 in NHL Central Scouting Midterm Rankings

Defenseman Jarret Tyszka is ranked number 33 by NHL Central Scouting. This season Tyszka has five goals and 15 assists for 20 points in 41 games. Tyszka has been selected to play in the Sherwin-Williams CHL/NHL Top Prospects Game on January 30 in Quebec City. Tyszka was the T-Birds first round selection in the 2014 Bantam Draft.

Right wing Sami Moilanen is ranked number 93 in the Midterm Rankings. Moilanen is fifth on the team in scoring with 13 goals and 16 assists for 29 points in 40 games. Moilanen, from Sipoo, Finland, was the T-Birds first round selection in the 2016 CHL Import Draft.

Center Matthew Wedman is ranked number 134 in the Midterm Rankings. Wedman has four goals and 13 assists for 17 points in 40 games this season. Wedman was the T-Birds second round selection in the 2014 Bantam Draft.

The T-Birds next game is Friday against the Everett Silvertips at 7:35pm at Xfinity Arena. The Fred Meyer Teddy Bear Toss presented by WARM 106.9 FM is Saturday at 7:05pm against the Vancouver Giants.