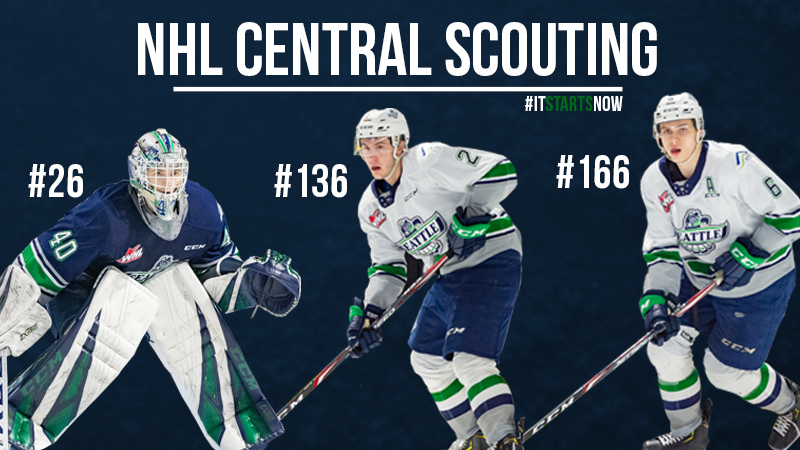 “We are happy for our guys that got the recognition of NHL Central Scouting. They all have the ability to be NHL prospects,” said T-Birds general manager Bil La Forge. “I have also had numerous calls with NHL teams about a number of our players who are not on the Central Scouting list.”

Defenseman Simon Kubicek is ranked 136. Kubicek, born December 19, 2001, had seven goals and 20 assists for 27 points in 52 games this past season. Kubicek represented the Czech Republic at the 2020 World Junior Championship. He had a goal and two assists at the Championship.

Defenseman Tyrel Bauer is ranked 166. Bauer, born March 23, 2002 and in his second season with the T-Birds, had three goals and 14 assists for 17 points in 60 games. Last season he played in 64 games and had two goals and 12 assists for 14 points with 91 penalty minutes. Bauer was selected by the T-Birds in the second round, 41st overall, in the 2017 Bantam Draft.