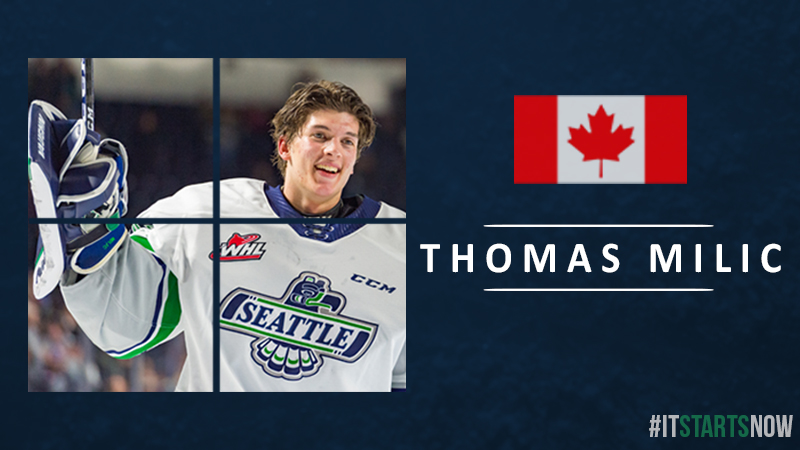 Milic is one of six goalies taking part in the Under-18 camp and one of 23 goaltenders overall participating in the virtual camps.

Milic made his T-Birds debut on January 27 and had 23 saves to lead the T-Birds to a 4-2 win over the Regina Pats.

Milic was selected by the T-Birds in the third round, 51st overall, in the 2018 Bantam Draft. Milic signed a WHL Standard Player Agreement with the team on August 28, 2018.

In November Milic played for Hockey Canada Team Red at the 2019 World Under-17 Hockey Challenge in Medicine Hat, Alberta and Swift Current, Saskatchewan. Milic finished the tournament with a 2-1-0 record and a tournament leading .925 save percentage. Milic was second in goals against average with a mark of 2.53, just .01 behind first place Team Red teammate Jacob Goobie.

Last summer Milic took part in the Program of Excellence Under-17 Goaltending Camp.