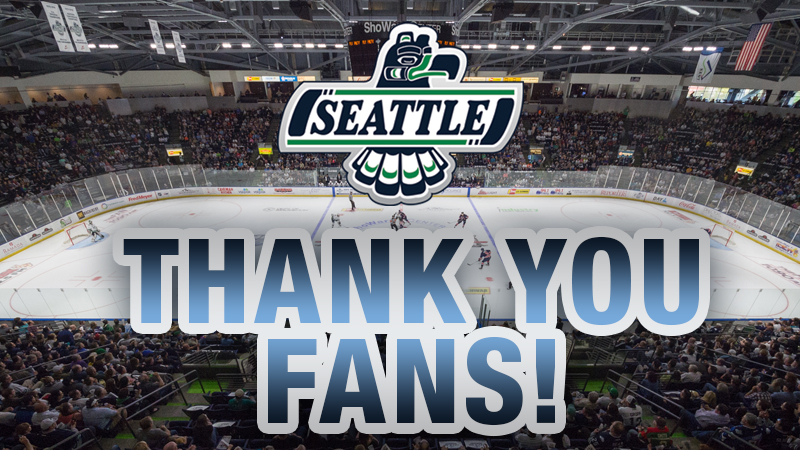 We recognize our three 20-year old players that played their last game in T-Birds colors. Thank you Turner Ottenbreit, Donovan Neuls and Austin Strand. Thank you for your leadership, dedication, and hard work. They will always be T-Birds and WHL Champions.

The team that won the WHL Championship  a season ago was loaded with talented players, some of whom are now playing in the NHL. This past season’s team featured several rookies that could one day join members of that WHL Championship team in the NHL.

We saw the emergence and incredible progress of rookies Jake Lee, Dillon Hamaliuk, Payton Mount, Samuel Huo, Owen Williams, Liam Hughes and Cade McNelly this season. They all got a taste of T-Bird culture and what it takes to win and defend a WHL Championship.

We are excited about next year’s team with the young talent on the roster joining returning veterans Sami Moilanen, Nolan Volcan, Zack Andrusiak, Matthew Wedman, Reece Harsch, and Jarret Tyszka.  The excitement and expectations are already building for next year’s team!

Our team never gave up and had more fight than perhaps any T-Bird team ever!  You fans didn’t give up either!  We were heartened to see the passion and support we received from our great fans on Twitter and Facebook. We can’t wait to see that same passion, intensity and love of the team to the accesso ShoWare Center for the 2018-19 season.

Thank you for your support!