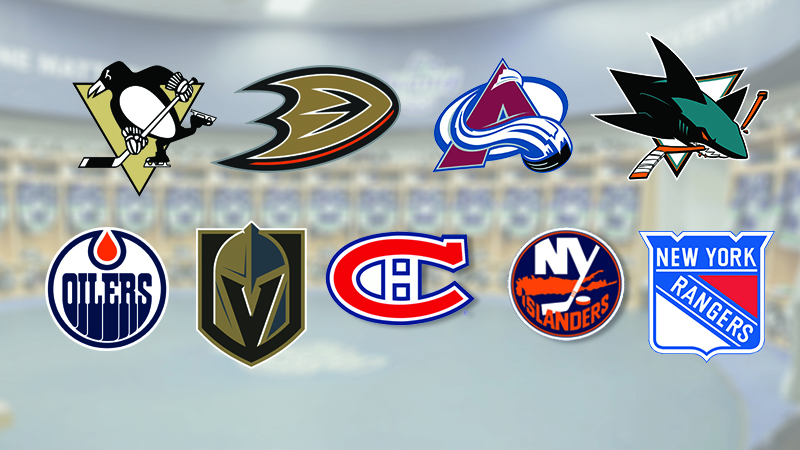 Barzal, the WHL Western Conference Player of the Year, was selected by the New York Islanders in the first round, 16th overall, in the 2015 NHL Draft. Barzal had 10 goals and 69 assists for 79 total points in 41 games in the 2016-17 season. During the playoffs, Barzal played in 16 games and had seven goals and 18 assists for 25 points and was awarded the WHL Playoffs MVP.  Barzal also played for Team Canada at the 2017 IIHF World Junior Championship. He had eight points on three goals and five assists in the seven games played, as Team Canada won the silver medal.

Eansor, who wore the “C” for the T-Birds in partnership with Barzal, completed his fourth season with the T-Birds and tallied 38 points on 18 goals and 20 assists. During this year’s championship playoff run, Eansor played in 20 games and had 12 points on five goals and seven assists.

Eansor also represented the United States at the 2016 World Junior Championship and scored one goal in seven games helping the U.S. win bronze.

Gropp was selected by the Rangers in the second round, 41st overall in the 2015 NHL Draft. Gropp led the T-Birds in scoring last season with 35 goals and 49 assists for 84 points in 66 games. He played a major role in the T-Birds winning the WHL Championship title with seven goals and 12 assists in 16 playoff games. He had three consecutive multi-point games in the final three games of the WHL Championship series against Regina.

Kolesar was selected by the Columbus Blue Jackets in the third round of the 2015 Draft. He was traded by the Blue Jackets to the Golden Knights at the 2017 Draft in exchange for the 45th overall selection. Kolesar has played the last four seasons with the T-Birds and registered 60 points in the 2016-17 season with 26 goals and 34 assists. He was a standout in the WHL Championship run with 31 total points on 12 goals and 19 assists in 19 games.

Ethan Bear, the 2017 WHL Defensemen of the Year, is taking part in the Edmonton Oilers Summer Development Camp from Saturday, July 1 to Wednesday, July 5. Bear was selected by the Oilers in the fifth round, 124th overall, in the 2015 Draft.

Ottenbreit had 32 points on seven goals and 25 assists in 71 games in 2016-17, his third season with team. He also had three goals and six assists for nine points during the 2017 WHL Championship run.

Alexander True will be at the San Jose Sharks Summer Development Camp at Solar4America Ice at San Jose from Monday, July 3 until Friday, July 7.

True had 25 goals and 15 assists for 40 points in 66 games last seasons, his third with the T-Birds. In 20 playoff games he had 12 goals, including the Game 6 overtime game-winning goal against Regina, and 10 assists for 22 points. True was originally selected by the T-Birds in the first round, 48th overall, in the 2014 CHL Import Draft.

Left wing Nolan Volcan has been invited to the Prospect Development Camp with the back-to-back Stanley Cup Champion Pittsburgh Penguins. The camp is taking place from Wednesday, June 28 to Saturday, July 1 at the UMPC Lemieux Sports Complex in Cranberry Township, Pennsylvania. Volcan is one of the 40 players in attendance.

Volcan had 44 points on 16 goals and 28 assists in 64 games during the regular season. He had five goals and two assists for seven points in 20 games played during the playoffs.

Right wing Sami Moilanen is one of 22 players on the Colorado Avalanche’s annual Development Camp roster. The camp runs from Monday, June 26 to Thursday, June 29 at the Family Sports Center in Englewood, Colorado.

Jarret Tyszka was selected by the Montreal Canadiens in the fifth round, 149th overall, in the 2017 Draft. The Canadiens will hold their Development Camp from Sunday, July 2 to Wednesday, July 5 at the Bell Sports Complex.

In his second season with the T-Birds, Tyszka had 25 points on six goals and 19 assists in 54 games. He was ranked 41st overall in the final 2017 NHL Central Scouting Rankings for first year draft eligible players. In 20 playoff games in the 2017 playoffs, Tyszka had two goals and five assists for seven points 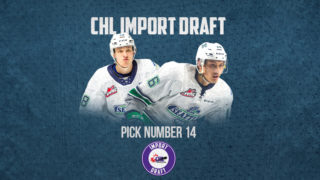 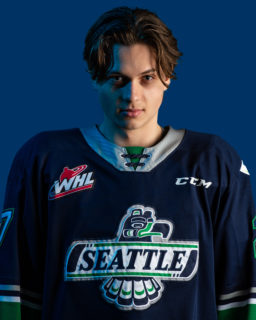 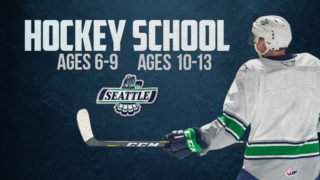 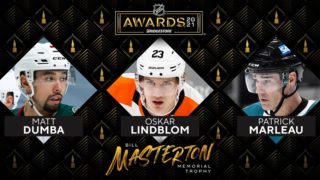 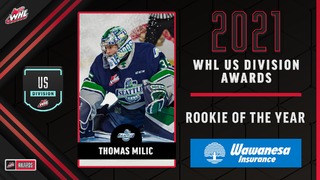