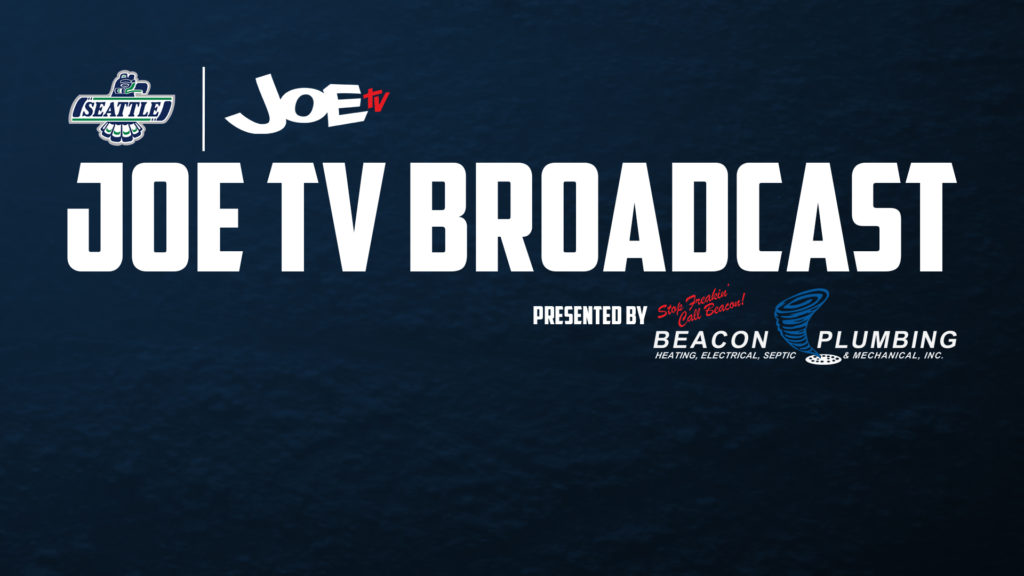 KENT, April 1, 2021 — The Seattle Thunderbirds are pleased to announce eight games in April and May of the 2020-21 regular season will be broadcast on JOEtv (KZJO).

The first game on the April broadcast schedule is Sunday, April 4, at 5pm against the Chiefs in Spokane.

The T-Birds announced their 2020-21 schedule on Wednesday, February 24. The schedule for this season consists of 24 games against the U.S. Division. Due to Covid-19 protocols fans will not be allowed at games and the JOEtv broadcasts will provide a great opportunity for fans to see T-Birds games.

The T-Birds had four games in March broadcast on JOEtv.

ABOUT JOEtv (KZJO)
JOEtv (KZJO) is part of the FOX Television Stations, which owns and operates 29 full power broadcast television stations in the U.S. These include stations located in nine of the top ten largest designated market areas (DMAs), and duopolies in 11 DMAs, including the three largest DMAs (New York, Los Angeles and Chicago). Of these stations, 18 are affiliated with the FOX Network. In addition to distributing sports, entertainment and syndicated content, our television stations collectively produce nearly 1,000 hours of local news every week. These stations leverage viewer, distributor and advertiser demand for the FOX Network’s national content.