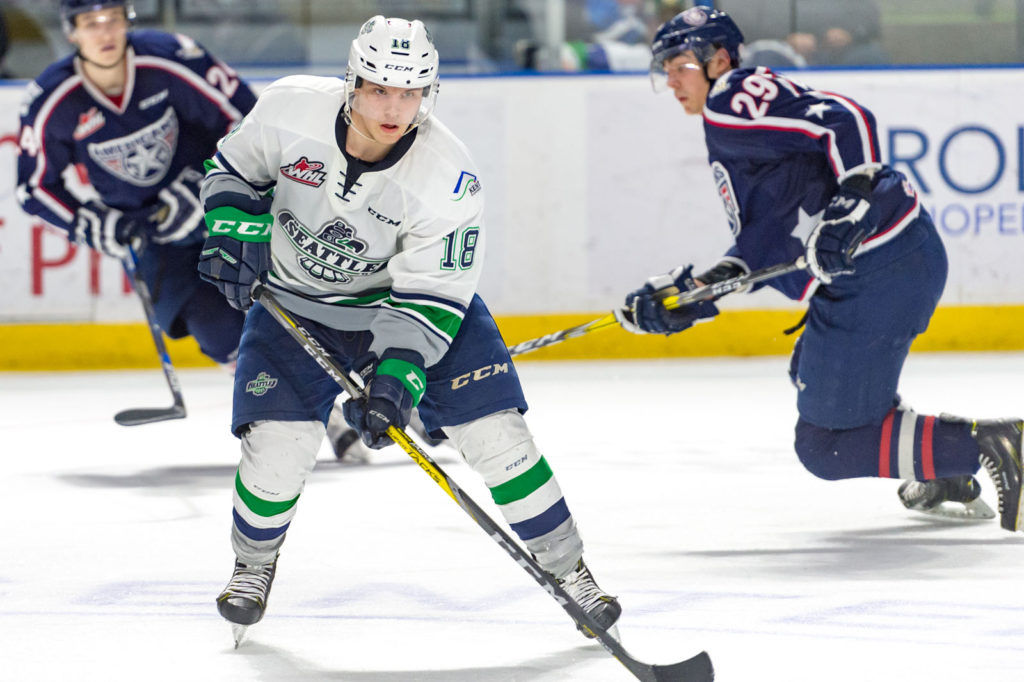 KENT, March 3, 2017 — The Seattle Thunderbirds are at the top of the Western Conference standings after a 3-2 win over the Tri-City Americans Friday night at ShoWare Center.

Seattle is 41-18-4-2 and one point ahead of the Everett Silvertips (38-14-8-3) and Prince George Cougars (41-20-3-2) in the Western Conference standings. Everett lost in a shootout 3-2 to the Kelowna Rockets Friday night. The B.C. Division leading Cougars defeated the Kamloops Blazers 8-4 Friday night. The Silvertips have two games in hand on the T-Birds. The T-Birds have one game in hand on the Cougars.

The T-Birds play the Silvertips Saturday at 7:05pm at Xfinity Arena in Everett.

Only one penalty was called in the game and that went to the T-Birds Sami Moilanen in the second period for high sticking. 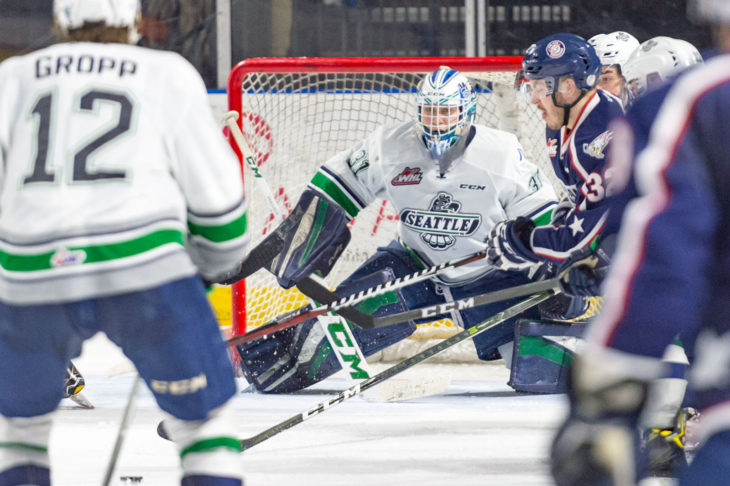 Center Matthew Wedman returned to the T-Birds lineup against the Americans after missing 25 games with a lower body injury.

Defenseman Tyson Terretta made his T-Birds debut Friday night. Terretta, who signed a standard WHL Player Education Agreement on September 2, 2016, was called up from the Foothills Bisons of the Alberta Midget Hockey League.

The T-Birds have a 15-game winning streak at ShoWare Center.

Seattle jumped out to a 1-0 lead 57 seconds into the game. From the left-wing boards, Nolan Volcan tipped an Americans up ice pass that went right to Mathew Barzal at center ice inside the blue line. Barzal skated towards Tri-City goalie Rylan Parenteau and beat the goalie through the left arm. 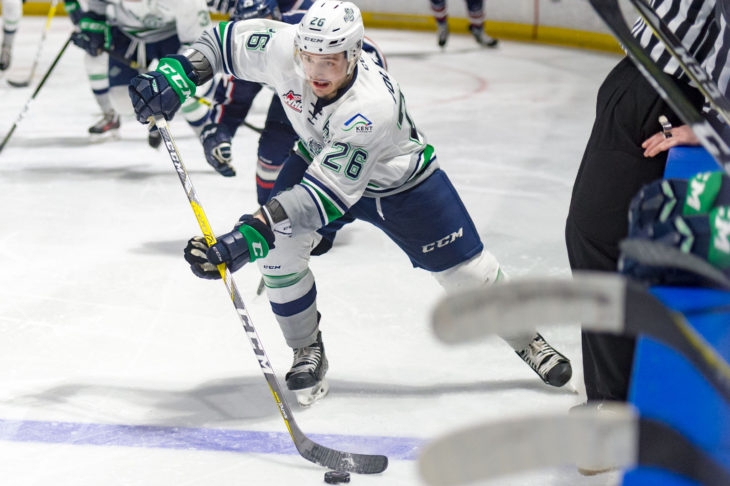 The T-Birds took a 2-0 lead at 11:17 of the first. Parenteau played the puck from behind his net right to Volcan in the right corner. Volcan centered the puck to Donovan Neuls. The puck came off Neuls stick to Sami Moilanen with Parenteau scrambling to get back in the net. Moilanen backhanded through the goalie’s legs for his 19th goal of the season.

Both teams had 11 shots on goal in the first period.

Moilanen made it a 3-0 T-Birds lead at 13:38 of the second period. Barzal moved the puck up to Keegan Kolesar on the left wing. Kolesar carried the puck into the Americans zone and from the left circle put a backhand shot on goal. Kolesar’s shot rebounded right to Moilanen coming down the slot. Moilanen banged the puck past Parenteau for his second goal of the game.

Tri-City (38-24-3-0) got on the board at 8:27 of third period on goal from Dylan Coghlan. Tyler Sandhu and Jordan Topping had the assists.

The Americans cut the T-Birds lead to one goal at 11:05 of the third when Kyle Olson scored. Coghlan and Nolan Yaremko had the assists.

T-Birds Doubled Up in Game Three
12 hours ago