T-Birds Broadcasting all games from 2017 WHL Championship on YouTube 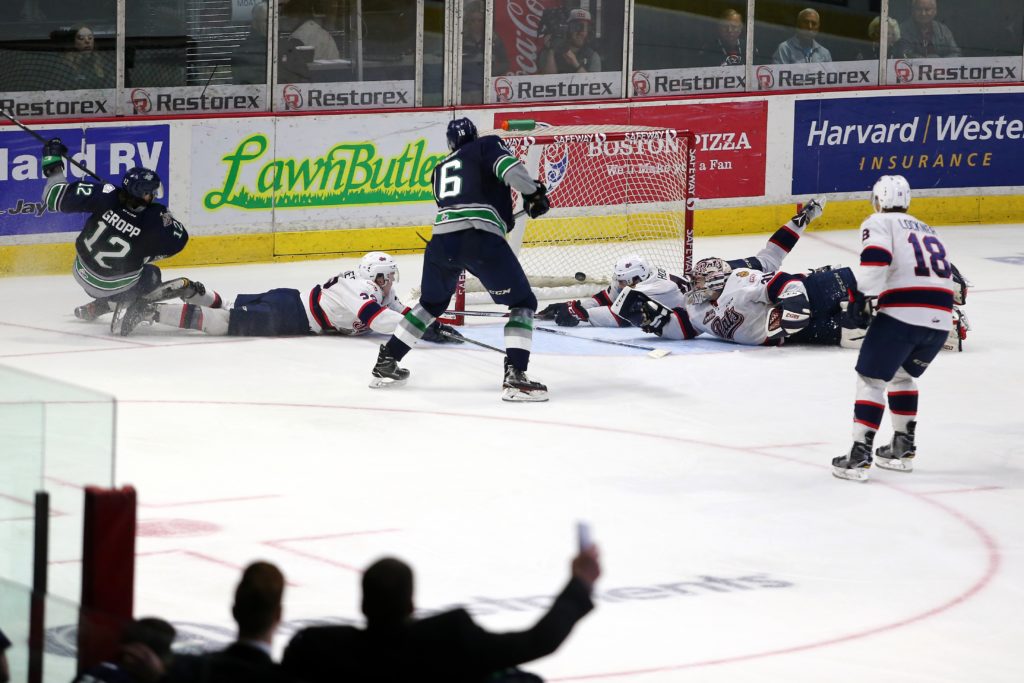 Game 6 will air Friday, May 29, at 7pm on YouTube Premier

KENT, April 22, 2020 — The Seattle Thunderbirds announced on April 22 they would  broadcast all six games of the 2017 WHL Championship on YouTube Premier starting Friday, April 24.

“We are so proud to have won the 2017 WHL Championship. Being able to put the games on YouTube for our fans is something we thought would be a positive for our community right now as we all deal with the COVID-19 pandemic,” said Ian Henry, T-Birds director of communications.

“Supporting the education of our players is a cornerstone of the T-Birds and WHL. Being able to give high school students in our community, who are obviously facing an unprecedented change in their education, an extended learning opportunity that will provide valuable real world work experience, portfolio and resume material, and develop new skills is something we thought would be beneficial to our community,” continued Henry.

The game broadcasts are the original Shaw Cable broadcasts featuring Peter Loubardias with the play-by-play and Kevin Sawyer with color analysis. All broadcasts have player intermission interviews by Darren Dupont and Stu Walters, intermission analysis by Joey Kenward and Jeff Odgers, and post-game press conferences and interviews. Several of the broadcasts, but not all, include a pre-game show hosted by Andy Neal.

Starting with Game 1, the team will broadcast a game every Friday for the next six weeks, culminating in Game 6 on Friday, May 29. All games can be seen on the T-Birds YouTube Channel and will be broadcast using YouTube Premier at a start time of 7pm.