T-Birds Slide Past Ice In Overtime 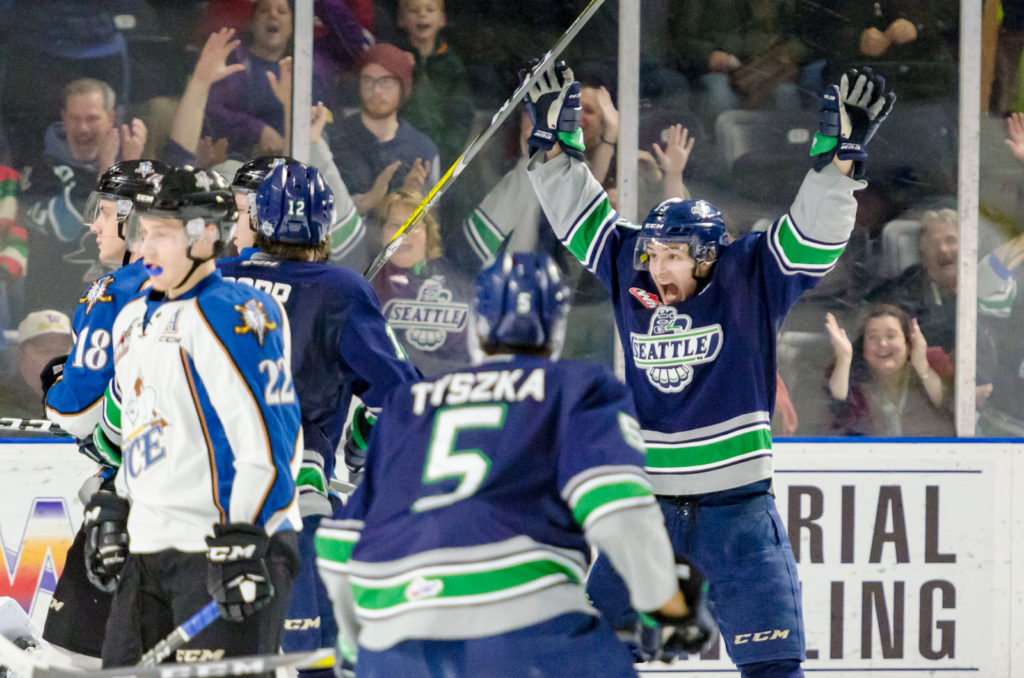 T-BIRDS SLIDE PAST ICE IN OVERTIME

KENT, December 2, 2016 — Scott Eansor scored twice, including the game-winning overtime goal, and Ethan Bear had a goal and two assists to lead the Seattle Thunderbirds to a 4-3 overtime win over the Kootenay Ice at ShoWare Center.

Eansor scored at 1:24 overtime to get the T-Birds the win. Eansor took a pass in the right circle from Ryan Gropp and came in alone on Kootenay goalie Jakob Walter. Eansor deked right forcing the goalie down and brought the puck back to his left and snuck it in at the left post. Eansor has a team leading 13 goals this season.

The T-Birds host the Medicine Hat Tigers Saturday at 7:05pm at ShoWare Center.

Seattle (14-9-2-1) came right back and tied the game 1-1 at 2:17 of the first on Bear’s ninth goal of the season. Gropp got the puck to Mathew Barzal who carried it into Ice zone on the right side. Barzal dropped the puck for Bear who took a slap shot. Bear’s shot beat Walter over the glove.

Both teams had 12 shots on goal in the first period. 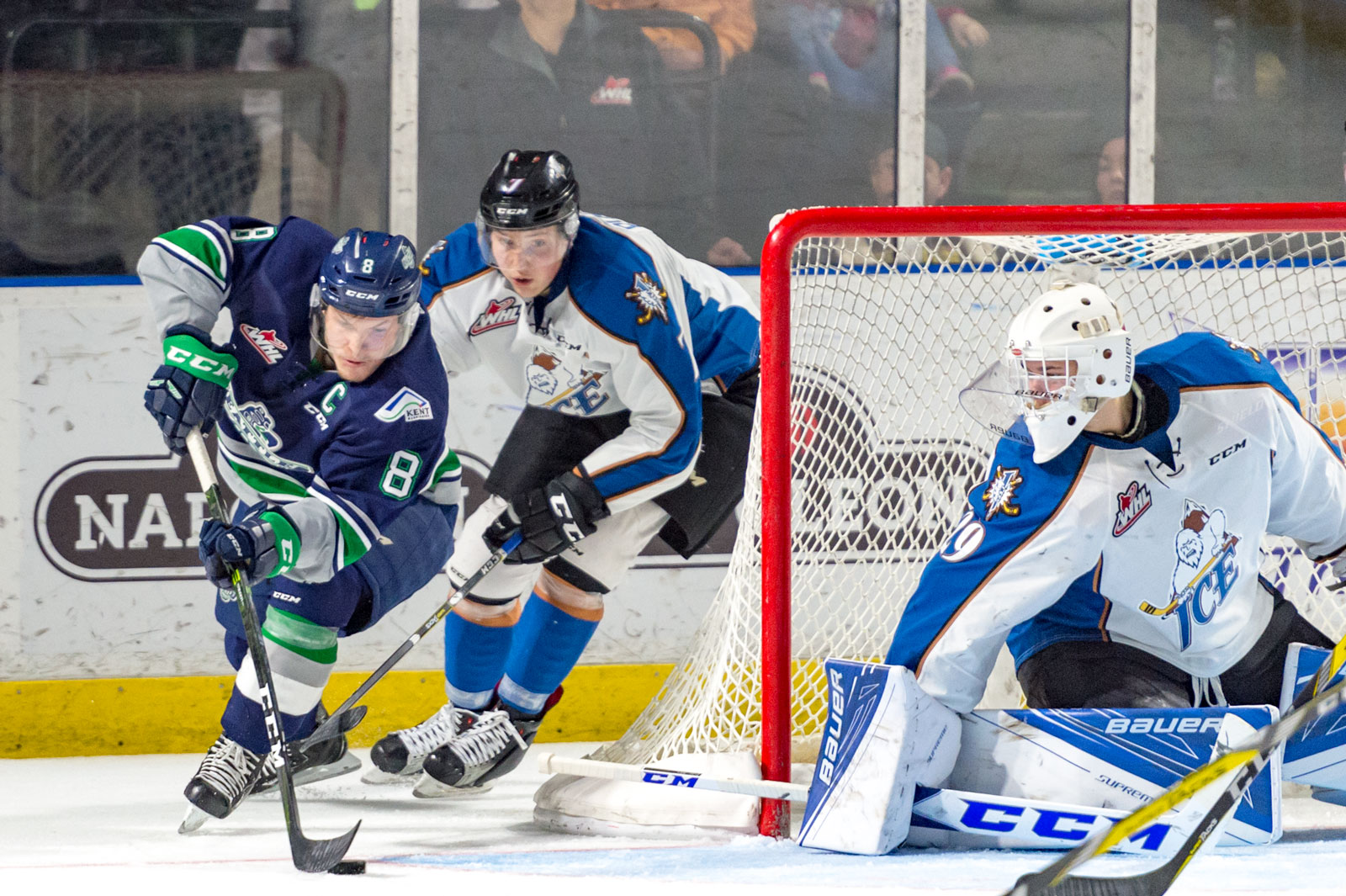 The T-Birds took a 2-1 lead at 7:26 of the second period on a power-play goal from Eansor. Barzal passed the puck to Bear inside the blue line at center ice. Bear took a wrist shot with Eansor in front of Walter. Eansor tipped Bear’s shot past Walter for the go-ahead goal.

The Ice tied the game at 16:13 of the second on a goal from Jake Elmer. Sheen had the only assist.

Kootenay took a 3-2 lead at 18:48 of the second when Vince Loschiavo scored. Ryan Pouliot and Matt Alfaro had the assists.

Seattle outshot Kootenay 11-4 in the second period and led 23-16 in shots after two periods.

The T-Birds tied the game 3-3 at 11:59 of the third period when Matthew Wedman banged in rebound. Bear took a shot from the point that Walter stopped but Wedman was on top of the crease to get the tying goal. Gropp had the second assists.

The T-Birds took holding, delay of game and slashing penalties consecutively late in the third period. They killed off 1:07 of a Kootenay 5-on-3 power play before the Ice were called for a penalty. They then had to kill of 53 seconds of a 4-on-3 Kootenay power play.