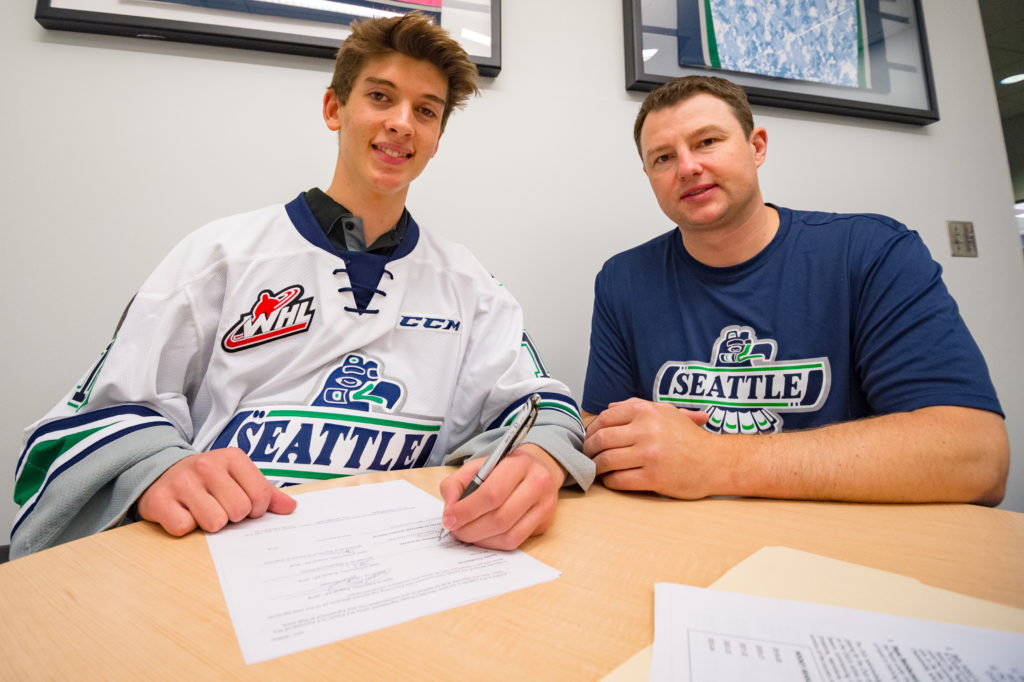 Milic was the 51st overall pick in the 2018 Bantam Draft

Milic, from Coquitlam, British Columbia, was selected by the T-Birds in the third round, 51st overall, at the 2018 Bantam Draft in Red Deer, Alberta on May 3.

“We think Thomas is a very technically sound goalie who projects very well into the future,” said La Forge. “Thomas is another strong prospect from our 2018 bantam draft class and is a credit to the work and ability of our scouting staff.”

This past season Milic played in 22 games with the Burnaby Winter Club Bantam Prep team and had a 13-7 record with a 2.06 goals against average and a .925 save percentage.

“Having the opportunity to play in the top junior league in the world is exciting”, said Milic. “ I have heard and seen nothing but great things about the organization and I am looking forward to being a T-Bird. It’s an honor to represent a great organization.”

“We are really proud of all his effort to this point,” said his father Joe Milic. “It’s a great team and a great group.”

By signing a WHL Standard Player Agreement, Milic is guaranteed a WHL Scholarship for every year he plays in the WHL. A player is able to attend any career enhancing institution of his choice, including universities, colleges, technical institutes, trade schools, or any other institution which will help the player achieve his academic and career goals.