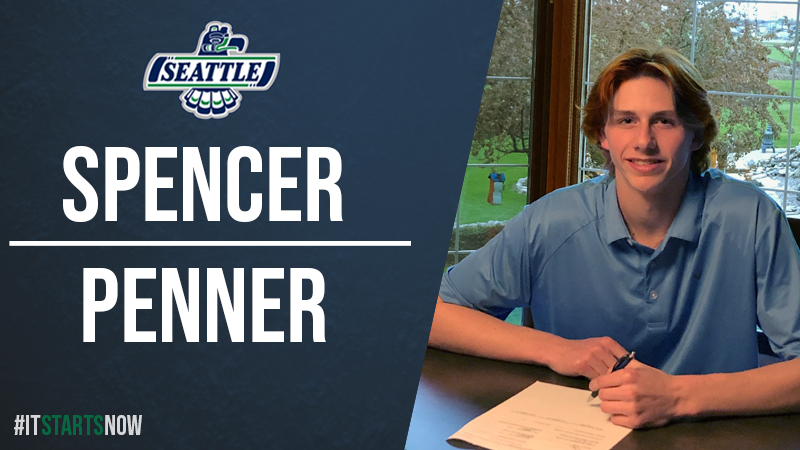 Penner was the 29th overall pick in 2019 Bantam Draft

“We were very fortunate to select Spencer, who we believe is a first round talent, early in the second round,” said La Forge. “He compliments our other early defenseman selection as he is the right shot to go with the left shot Korchinski.”

“Spencer has the ability to contribute at both ends of the rink,” continued La Forge.

Penner had 14 goals and 26 assists for 40 points in 35 games with the Eastman Selects Bantam AAA team last season.

“It’s an honor to be selected and signed by the T-Birds,” said Penner. “I want to play in the WHL and my family and I thought this was the best development route for me.  I am looking forward to getting started.”

By signing a WHL Standard Player Agreement, Penner is guaranteed a WHL Scholarship for every year he plays in the WHL. A player is able to attend any career enhancing institution of his choice, including universities, colleges, technical institutes, trade schools, or any other institution which will help the player achieve his academic and career goals.