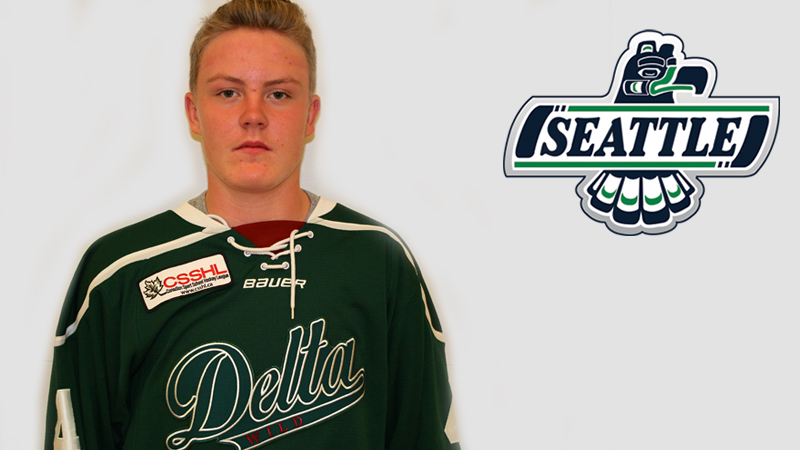 Mount was the T-Birds first round selection, 19th overall, at the 2017 Bantam Draft in Calgary, Alberta, on May 4.

“Payton had an exceptional year as an exciting, high-scoring winger for Delta Academy,” said Farwell. “He scores all kinds of goals, both gritty around the crease and individual high-end skill. We are excited to add Payton and look forward to adding his offense to our team.”

Mount played last season with the Delta Hockey Academy Bantam Prep team and had 30 goals and 37 assists for 67 points in 30 games. Mount, who is 5’8 and 169 pounds, is a right hand shot from Victoria, British Columbia.

“It feels really good to sign with Seattle and I am looking forward to the future as a T-Bird,” said Mount. “The development camp in the first week of June was a good learning experience for me as team staff showed us all the details we need to prepare for, on and off the ice, so we can play at the next level.” 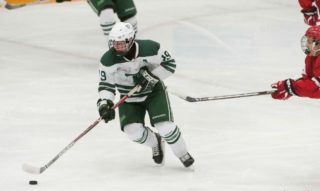 “I think my game is a goal scoring power forward who tries to play a complete two-way game and like to think that I am smart with the puck and without the puck in all zones on the ice.”

By signing a WHL Standard Player Agreement, Mount is guaranteed a WHL Scholarship for every year he plays in the WHL. A player is able to attend any career enhancing institution of his choice, including universities, colleges, technical institutes, trade schools, or any other institution which will help the player achieve his academic and career goals.