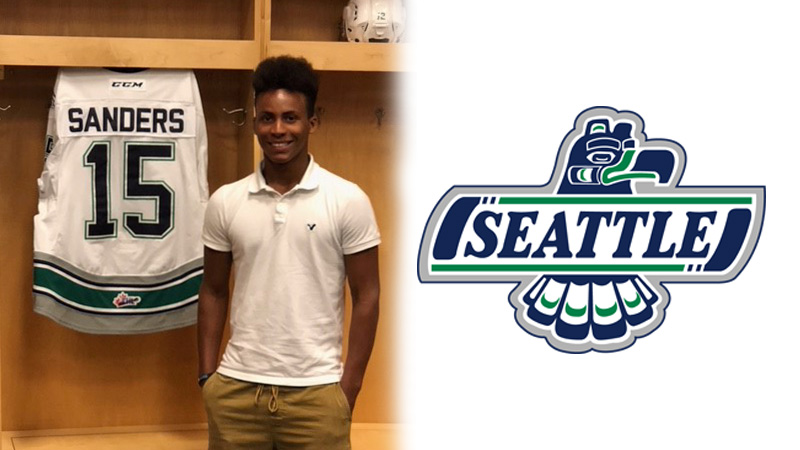 Sanders, from Gig Harbor, Washington, was selected by the T-Birds in the ninth round, 186th overall, at the 2018 Bantam Draft in Red Deer, Alberta on May 3.

“Mekai is a very exciting player and we know we are very lucky to have been able to add him late in the draft like we did,” said Farwell. “This is the first local player with the potential to develop into one of our top players we have had since moving to Kent. All of our hockey staff were impressed with him and this is a big day for us as we build our team for the future.”

This past season Sanders had six goals and 12 assists for 18 points in 20 games with the Detroit Compuware 14U team. Sanders took part in the team’s annual Spring Camp in Edmonton, Alberta, June 1 through June 3.

“It feels amazing to sign with the Thunderbirds. I remember going to games when I was a kid and telling my parents I want to be like the players when I grow up,” said Sanders. “Knowing what I’ve worked for has finally come and I get to play for the team that I always watched as a kid, it’s pretty awesome.”

By signing a WHL Standard Player Agreement, Sanders is guaranteed a WHL Scholarship for every year he plays in the WHL. A player can attend any career enhancing institution of his choice, including universities, colleges, technical institutes, trade schools, or any other institution which will help the player achieve his academic and career goals.

T-birds Touchdown on Spokane
7 days ago

T-Birds Take Down 'Tips
2 weeks ago