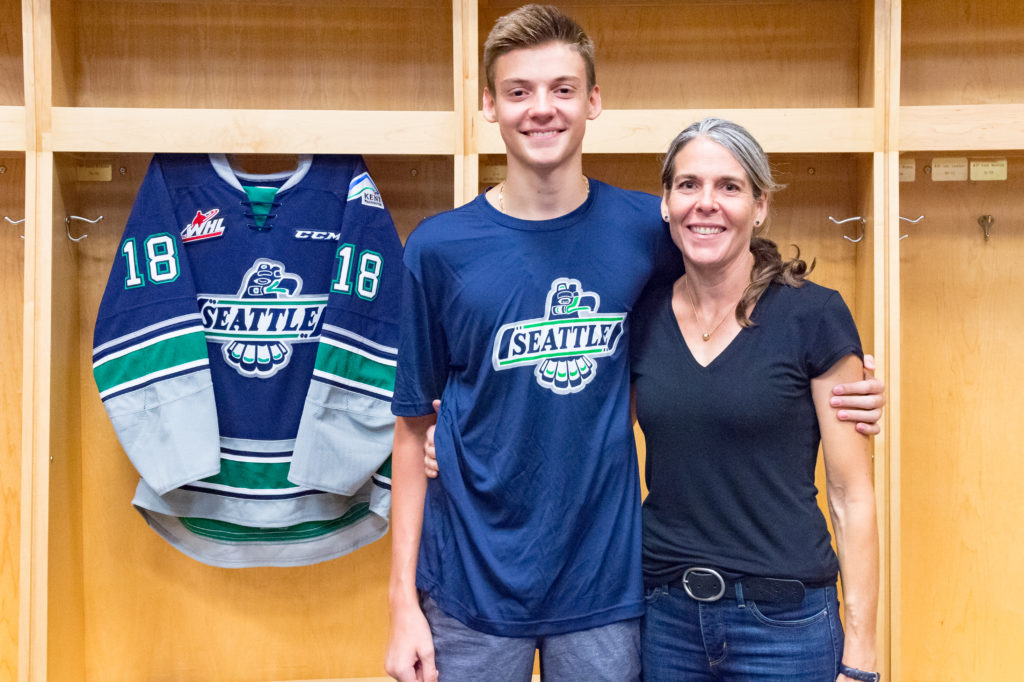 “Since we listed Matthew in 2017 he has had a staggering rate of development,” said La Forge. “Matthew is a prospect with a great ceiling and comes from a hockey playing family. His older twin sisters Steph and Alley both play at Brown University in the NCAA. It is exciting he chose us to develop as a hockey player and to take advantage of the WHL Scholarship Program.”

This past season Rempe played in 35 games with Okanagan Hockey Academy Elite 15 team in the CSSHL and had six goals and seven assists for 13 points with 43 penalty minutes.

“I have always wanted to play in the WHL,” said Rempe. “Seattle is such a great organization and it is an honor to play for the team. It’s a dream come true and I couldn’t have signed without the support of my family.”

“Our family is super proud of Matt. Matt’s father was a big influence on Matt’s hockey development and passion for the game,” said Matt’s mother Janice Rempe.

By signing a WHL Standard Player Agreement, Rempe is guaranteed a WHL Scholarship for every year he plays in the WHL. A player is able to attend any career enhancing institution of his choice, including universities, colleges, technical institutes, trade schools, or any other institution which will help the player achieve his academic and career goals.

T-birds Drop Game One to Kamloops
4 hours ago