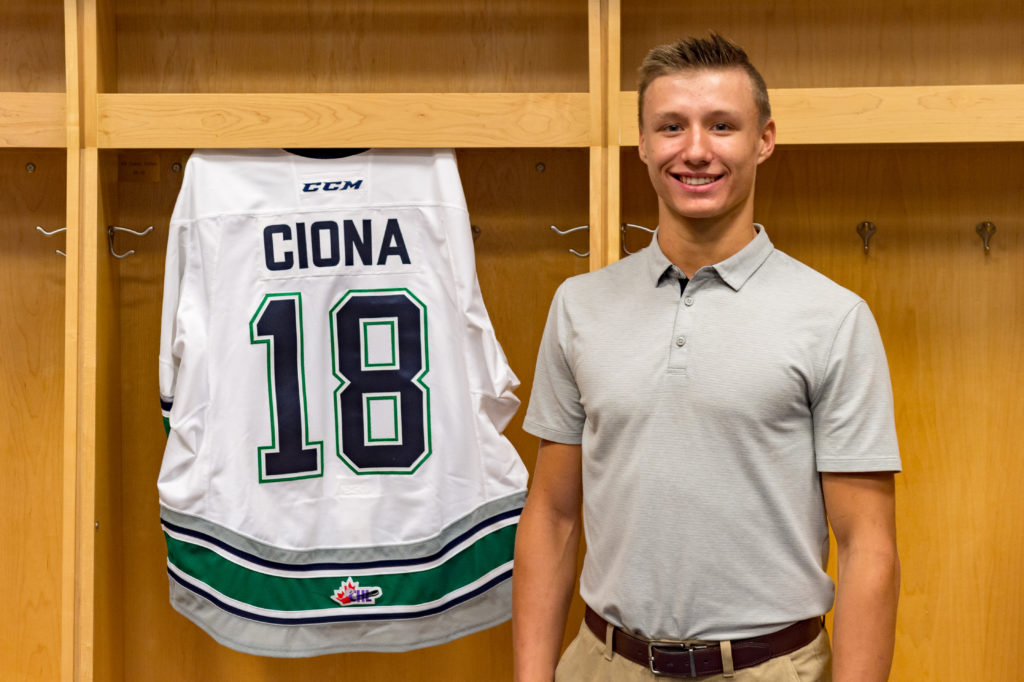 Ciona was the 32nd overall pick in the 2018 Bantam Draft

“We are excited Lucas chose our team to develop as a hockey player,” said La Forge. “He’s shown at Training Camp that he is an exciting prospect and will be a big part of our future plans.”

Ciona played with the Northern Alberta Xtreme Bantam Prep team last season and had 13 goals and 35 assists for 48 points in 30 games.

“This is a really exciting moment for me,” said Ciona. “A big goal I set for myself is to play in the WHL. It’s nice to see the building and facilities that will be my future hockey home.”

“We are very proud of Lucas and it’s great to see his hard work pay off,” said Lucas’ mother Natashia Ciona.

“It’s awesome to see Lucas reach a goal he set for himself,” said Curtis Ciona.

Ciona is the fourth member of the 2018 Bantam Draft class to sign with the team. Conner Roulette, from Winnipeg, Manitoba, the T-Birds second second-round in the 2018 Bantam Draft signed on June 5. Mekai Sanders, from Gig Harbor, Washington was the team’s ninth-round selection and he signed on June 19. Kai Uchacz, from De Winton, Alberta, was the team’s first-round selection and he signed on August 20.

By signing a WHL Standard Player Agreement, Ciona is guaranteed a WHL Scholarship for every year he plays in the WHL. A player is able to attend any career enhancing institution of his choice, including universities, colleges, technical institutes, trade schools, or any other institution which will help the player achieve his academic and career goals.