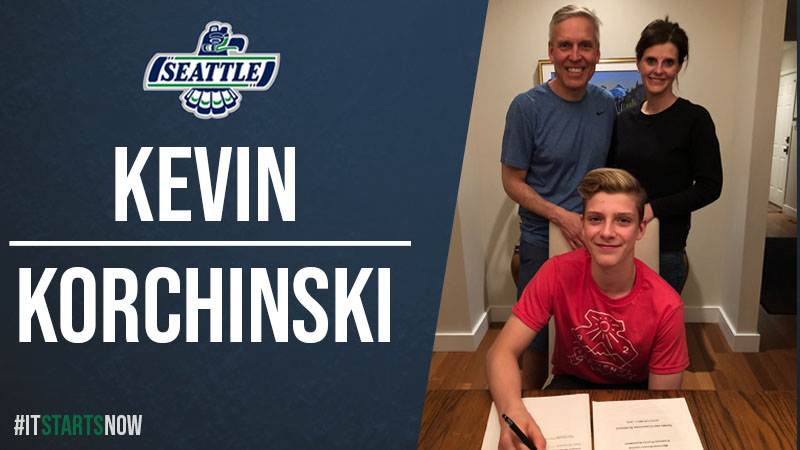 Korchinski was the 10th overall pick in 2019 Bantam Draft

Korchinski, from Saskatoon, Saskatchewan, was selected by the T-Birds in the first round, 10th overall, in the 2019 Bantam Draft on May 2 in Red Deer, Alberta. The T-Birds acquired the 10th overall selection from the Kelowna Rockets in a trade just prior to the pick.

“We feel Kevin has the potential to be a top pairing defenseman,” said La Forge. “We love the way he skates and handles the puck.”

“Kevin has the potential to support the excellent forwards we have in our system,” continued La Forge. “He is another building block in place for the future of the T-Birds.”

Korchinski played for the Saskatoon Generals last season and had 10 goals and 37 assists for 47 points in 31 games. 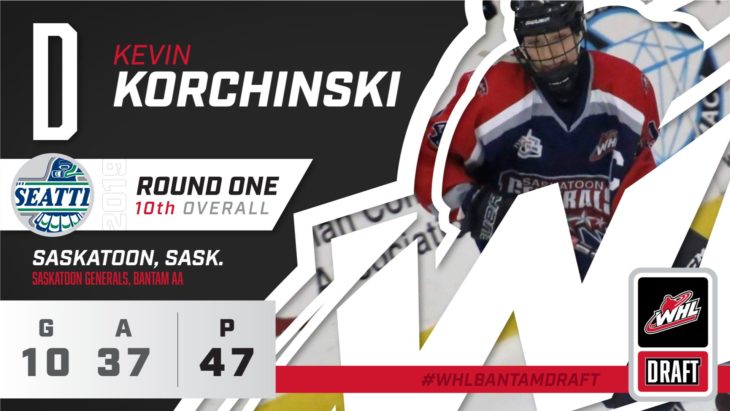 “I’m very thankful and happy to be part of the organization,” said Korchinski. “This is just the start as I have to keep training and putting in the work to be ready to play at the WHL level.”

“My parents and I ran through all the options for my hockey development and we felt that the T-Birds were my best option,” continued Korchinski.  “I have heard nothing but great things about the organization, fans, coaches and City of Kent.”

Korchinski and center Jordan Gustafson were both selected by the T-Birds in the first round of the 2019 Bantam Draft. Gustafson signed with the T-Birds on Wednesday, May 22.

By signing a WHL Standard Player Agreement, Korchinski is guaranteed a WHL Scholarship for every year he plays in the WHL. A player is able to attend any career enhancing institution of his choice, including universities, colleges, technical institutes, trade schools, or any other institution which will help the player achieve his academic and career goals.