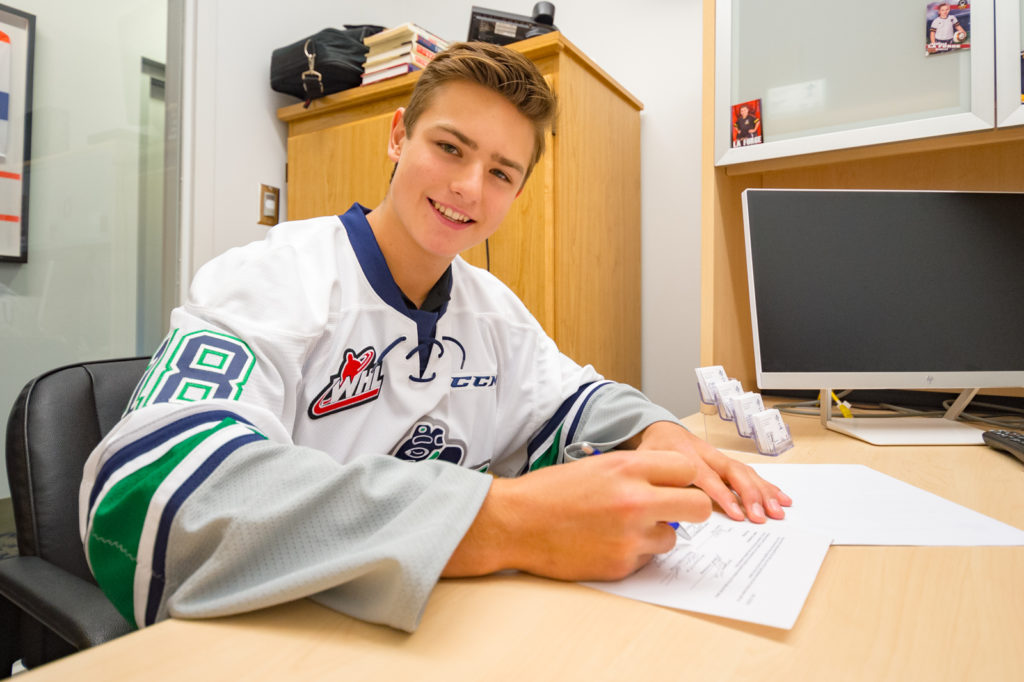 Uchacz, from De Winton, Alberta, was selected by the T-Birds in the first round, 10th overall, in the 2018 Bantam Draft in Red Deer, Alberta, on May 3.

“This is a great day for the organization,” said La Forge. “Kai is a talented player who is an important building block for the future. We are excited to see him in uniform as early as our first preseason game.”

“I’m feeling excited,” said Uchacz. “Putting on the jersey for the first time is really amazing. I’m really looking forward to playing in my first WHL game with the T-Birds.”

“I’m extremely excited to be here and very proud of my son’s accomplishments and looking forward to his future in Seattle,” said Kai’s father Rick Uchacz.

By signing a WHL Standard Player Agreement, Uchacz is guaranteed a WHL Scholarship for every year he plays in the WHL. A player is able to attend any career enhancing institution of his choice, including universities, colleges, technical institutes, trade schools, or any other institution which will help the player achieve his academic and career goals.