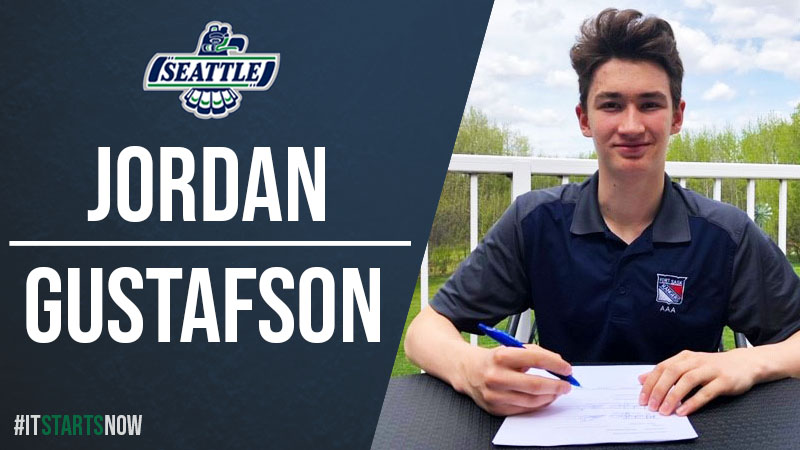 Gustafson was the eighth overall pick in 2019 Bantam Draft

Gustafson, from Ardrossan, Alberta, was selected by the T-Birds in the first round, eighth overall, in the 2019 Bantam Draft on May 2 in Red Deer, Alberta.

“This is an exciting day for our franchise as Jordan is a building block we have identified for success going forward,” said La Forge. “Our Scouting staff did a very good job identifying Jordan as a priority talent going into the draft.”

“We look forward to working with Jordan and his family as we develop him as a hockey player, student and person over the next number of years.” 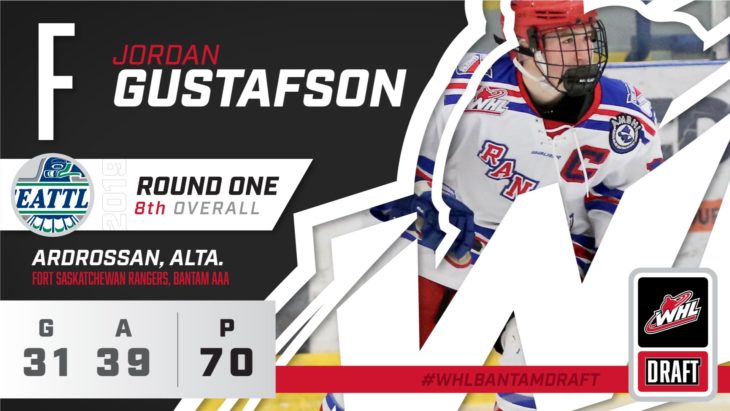 Gustafson played for the Fort Saskatchewan Rangers Bantam AAA team in the AMBHL last season and had 31 goals and 39 assists for 70 points in 33 games.

“I feel really excited to sign with Seattle,” said Gustafson. “I’ve heard nothing but great things about Seattle, the coaches, and the fans.

“Our decision going into the Bantam draft was to be 100% sure we wanted to go to the team that I was selected by. When I heard my name called by Seattle, I knew from that moment I wanted to be a T-Bird.”

By signing a WHL Standard Player Agreement, Gustafson is guaranteed a WHL Scholarship for every year he plays in the WHL. A player is able to attend any career enhancing institution of his choice, including universities, colleges, technical institutes, trade schools, or any other institution which will help the player achieve his academic and career goals.