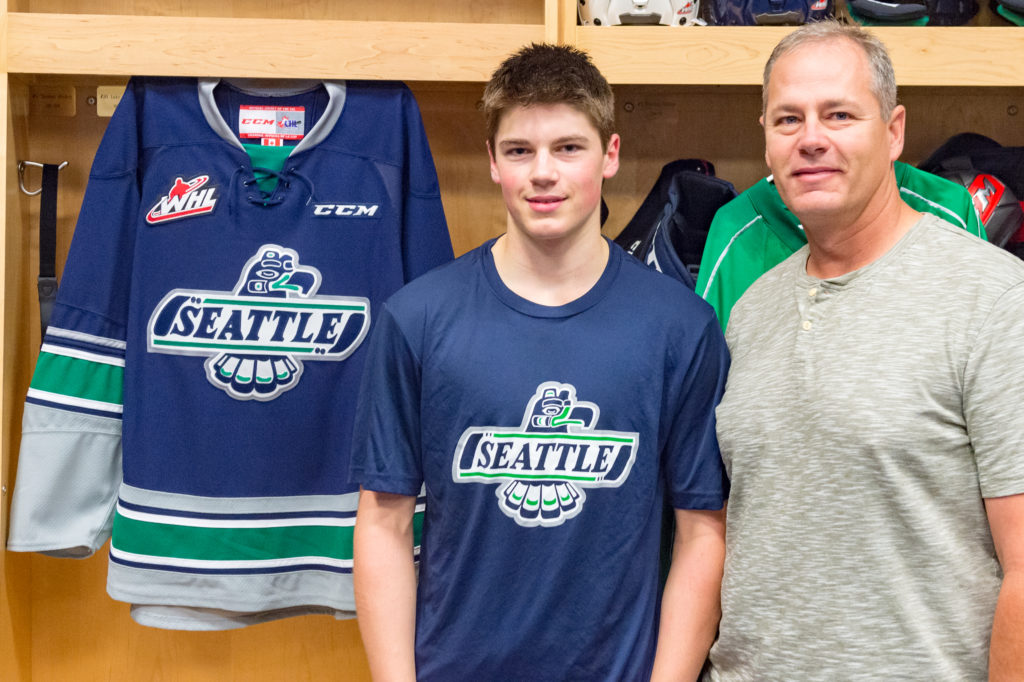 Davidson was a free agent invite to Training Camp this year.

“We are fortunate to have seen Jared develop over the last few years and he came in and had very good Training Camp,” said La Forge. “He really helps solidify our 2002 forward group and we look forward to watching him develop.”

Davidson, from Edmonton, Alberta, played in 36 games with the SSAC Midget AAA team of the AMMHL last season and had 18 goals and 25 assists for 43 points with 30 penalty minutes. Davidson is 5’10 and 164 pounds and is a 2002 birth year.

“I’m super proud to be a part of this organization,” said Davidson. “The T-Birds have shown in the past they know how to win and I look forward to helping continue that. I worked really hard in Rookie Camp and kept working hard in Main Camp. I am excited to see my hard work being rewarded.”

“I’m very excited and proud. Jared’s been a hard worker his whole life and despite some setbacks his perseverance has paid off,” said Jared’s father Rob.

By signing a WHL Standard Player Agreement, Davidson is guaranteed a WHL Scholarship for every year he plays in the WHL. A player is able to attend any career enhancing institution of his choice, including universities, colleges, technical institutes, trade schools, or any other institution which will help the player achieve his academic and career goals.