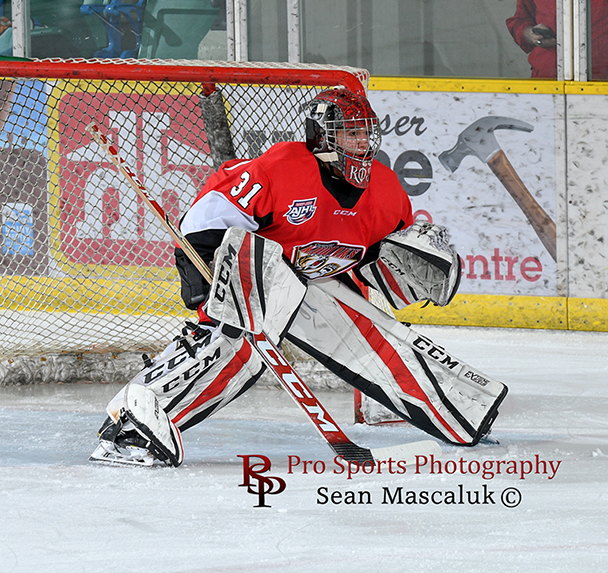 Last season Ross played 22 game with the Tisdale Trojans in the SMHL and had a 1.85 goals against average and .940 save percentage.

“Roddy been very good this season in a very good AJHL,” said La Forge. “He is a big guy that gets in front of the puck and is playing the right way for a big goalie.”

“Roddy has a great pedigree,” continued La Forge. “He led the Saskatchewan midget league last year in save percentage while playing for the Tisdale Trojans. We are excited to have him join the team.”

The T-Birds start a six-game road trip to the East Division on Friday, January 4, against the Brandon Wheat Kings at 5:30pm.

Ross will join the team immediately and be eligible to play in Brandon on Friday.

Wanna thanks Coach Bo and the entire @camrosekodiaks for believing in me and giving me the opportunity, looking forward to moving forward with @SeattleTbirds !

By signing a WHL Standard Player Agreement, Ross is guaranteed a WHL Scholarship for every year he plays in the WHL. A player can attend any career enhancing institution of his choice, including universities, colleges, technical institutes, trade schools, or any other institution which will help the player achieve his academic and career goals.