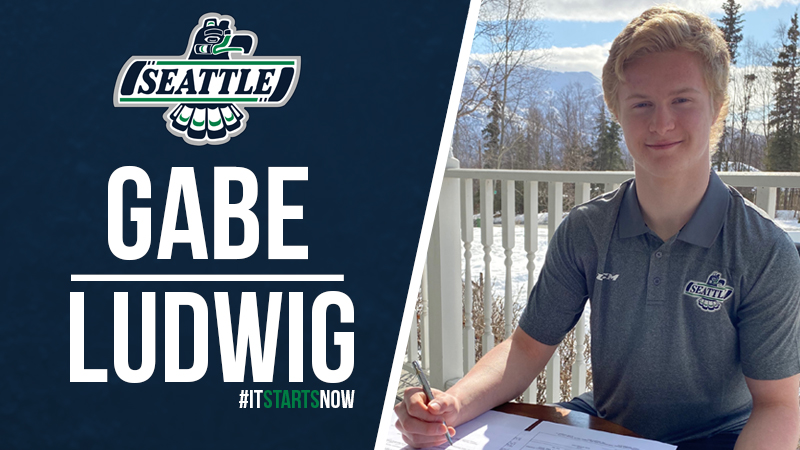 Forward from Eagle River, Alaska, was a second round pick in 2019 Bantam Draft

Ludwig, from Eagle River, Alaska, was selected by the T-Birds in the second round, 42nd overall, in the 2019 Bantam Draft.

“Gabe is an exciting signing for the Thunderbird organization,” said La Forge. “Gabe was evaluated as a top end talent by our scouts prior to last year’s bantam draft. Our whole organization has worked together to make this signing a reality.”

“I’m very pleased that Gabe has committed to our team,” said director of scouting Mark Romas. “Cal (Filson) and I both immediately recognized his exceptional play-making ability and we made it a priority to keep his name at the top of our draft rankings. I’m thrilled by the result. Gabe will not only bring skill to our group but genuine character. I know he can’t wait to hit the ice with our guys.”

This past season Ludwig played for the Pittsburgh Penguins Elite U15 team.

“It means a lot to me to sign with the T-Birds,” said Ludwig. “It’s such a great opportunity for me and this is going to be a huge development step. The T-Birds have done a great job developing players and I am very excited for what the future holds.”

“It was awesome to visit the team and accesso ShoWare Center in early February. Visiting with the staff gave me the opportunity to find out how knowledgeable and passionate they are about hockey.”

“The fans were amazing and it was unreal to see how involved in the game they are. I want to thank my family, friends and coaches who have helped me get to this point.”

By signing a WHL Standard Player Agreement, Ludwig is guaranteed a WHL Scholarship for every year he plays in the WHL. A player is able to attend any career enhancing institution of his choice, including universities, colleges, technical institutes, trade schools, or any other institution which will help the player achieve his academic and career goals.