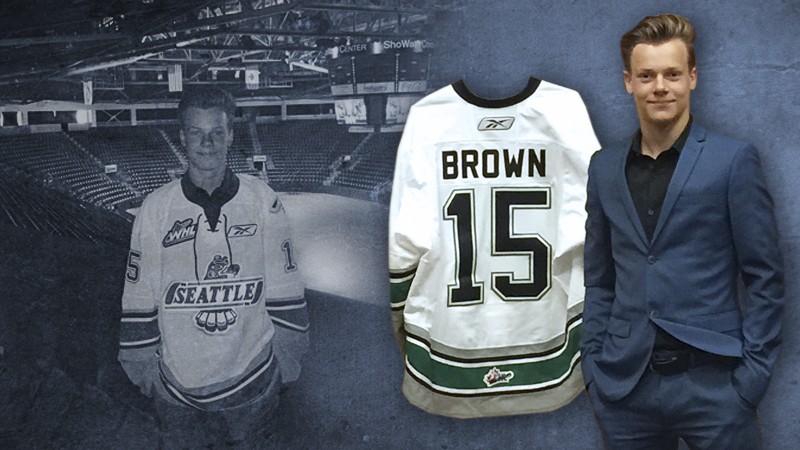 “It was awesome to come to Kent and meet the hockey staff and see ShoWare Center,” said Brown. “Russ, Steve, Matt and Tyler made me feel a part of the team and I was amazed by the ShoWare Center. I can’t wait to play there one day hopefully. I am very happy and excited to sign with Seattle and it is something I will never forget.”

“We are excited to have Elijah signed and firmly in our plans for the future,” said Farwell. “Elijah plays the game wide open and he will be a fan favorite from day one.”

Brown, who is from Edmonton, Alberta, was the T-Birds first round selection, 15th overall, in the 2015 Bantam Draft. Brown played for the Southside Athletic Club Bantam AAA last season. He appeared in 31 games and had 18 goals and 23 assists for 41 points.