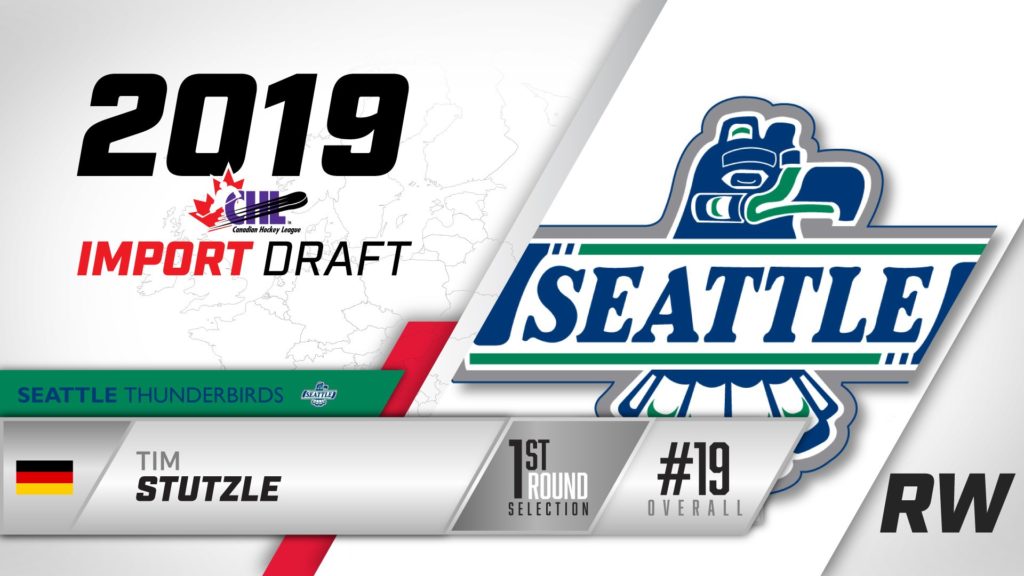 Stutzle, from Germany, had 55 points in 21 games last season in German U20 league

Stutzle is from Viersen, Germany, and was selected in the first round with the 19th overall selection.

Stutzle, a 2002 birth year player, played 21 games for Junglader Manheim in the German U20 league last season and had 23 goals and 32 assists for 55 points.

Stutzle scored the game winning goal and an insurance goal in the German U20 Championship.

Stutzle represented Germany at four international tournaments last season. With the U17 team he had two goals and five assists in four games.

Stutzle played five games with the German U20 team at the World Junior Championship Division 1 tournament and had four goals and five assists for nine points.

The T-Birds now have three Import players on the roster. Right wing Andrej Kukuca and defenseman Simon Kubicek were selected in the 2018 Import Draft. The T-Birds will have to get down to the league mandated two Import players by the start of the season.

The two-round draft took place online with the order of selection rotating through each of the CHL’s three leagues using an inverse order of final regular season standings within each league from the 2018-19 season.