T-Birds Select Kai Uchacz In First Round of Bantam Draft 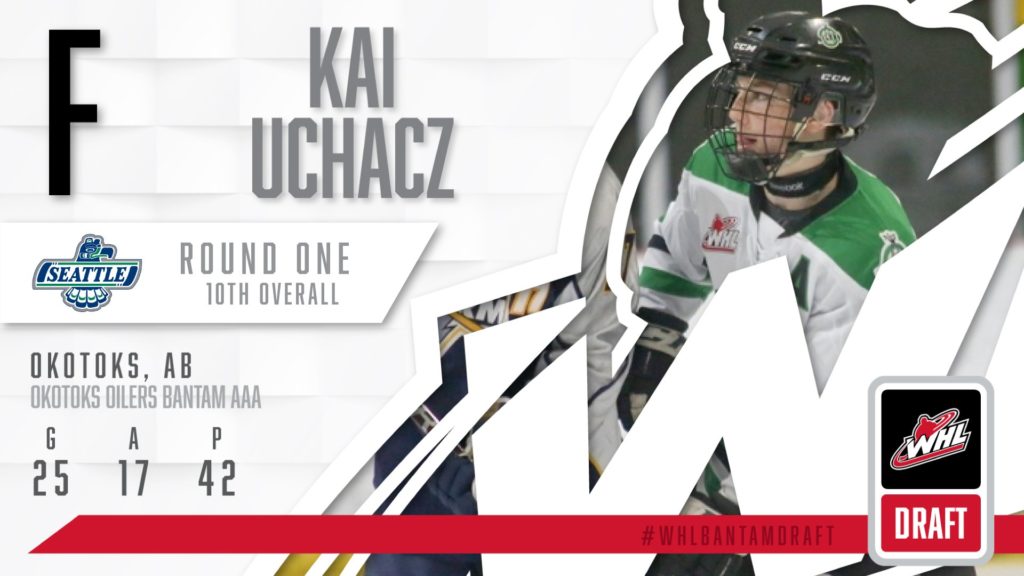 KENT, May 3, 2018 — The Seattle Thunderbirds selected center Kai Uchacz in the first round, 10th overall at the 2018 Bantam Draft Thursday morning in Red Deer, Alberta. 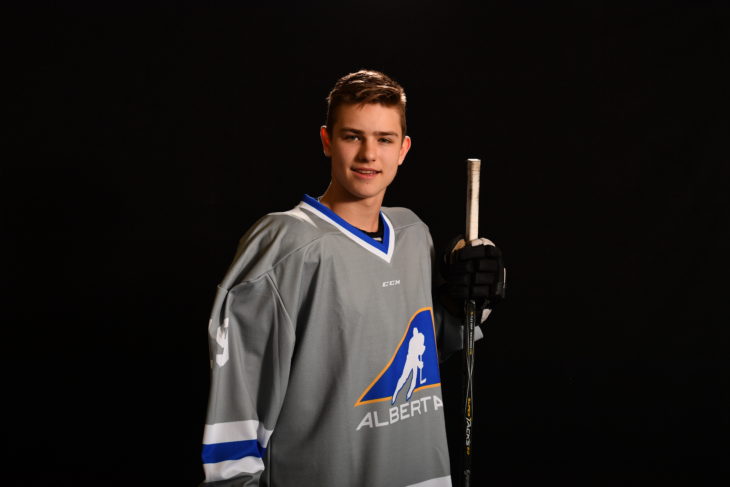 Uchacz, from De Winton, Alberta, played for the Okotoks Oilers Bantam AAA team last season and had 25 goals and 17 assists for 42 points in 33 games. He played for Team South at the 2018 Alberta Cup and had eight goals and four assists for 12 points in five games.

“Kai is a big strong center that can put up points. He is a really hard to play against power forward. He can skate really well and will be a good Seattle Thunderbird,” said Director of Player Personnel Cal Filson. “We just want to bring in guys that work hard, good skaters, good hockey sense and they have some character. And Kai definitely checks all those boxes.”

The T-Birds had two picks in the second round, 32nd and 34th overall. With their first second round pick the T-Birds selected forward Lucas Ciona from Edmonton, Alberta. 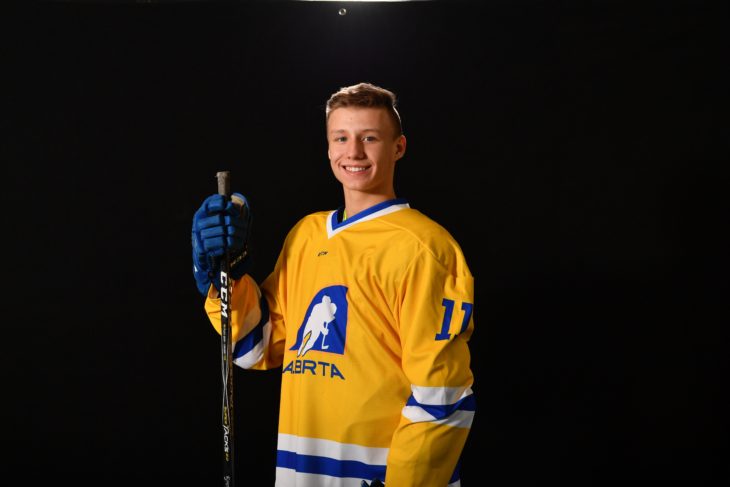 Ciona played with the Northern Alberta Xtreme Bantam Prep team this season and had 13 goals and 35 assists for 48 points in 30 games.

“Lucas is a big, strong power forward that can put up points,” said Filson.

In the 2018 Alberta Cup Ciona had two goals and four assists in five games.

With their second pick in the second round the T-Birds selected forwards Conner Roulette from Winnipeg, Manitoba.

“Conner is an elite goal scorer that broke Jonathan Toews record for points in Manitoba this year,” said Filson.

This season Roulette had 52 goals and 49 assists for 101 points in 34 games with the Winnipeg Hawks Bantam AAA team.

Entering the draft, the T-Birds did not have a third-round selection as they had traded that pick to the Swift Current Broncos in 2016 as part of the Landon Bow trade. 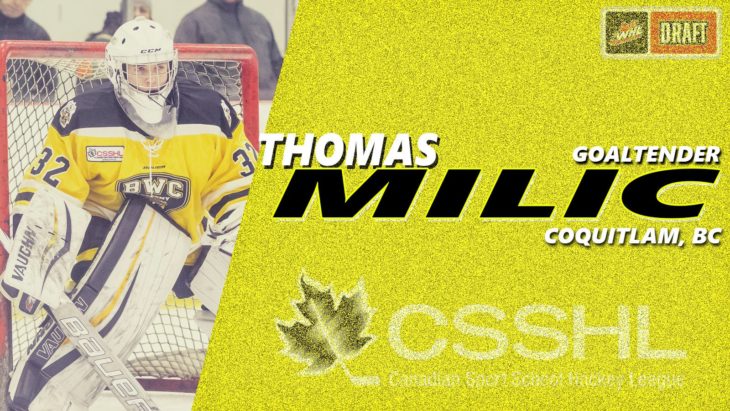 This season Milic played in 22 games with the Burnaby Winter Club Bantam Prep team and had a 13-7 record with a 2.06 goals against average and a .925 save percentage.

“Thomas is going to remind a lot of people of Carl Stankowski,” said Filson. “He moves well, doesn’t give out rebounds and is always competing”.
In the fourth round, with the 76th overall selection, the T-Birds selected defenseman Aidan Brook from Roblin, Manitoba.

Brook played 36 games with the Parkland Rangers Bantam AAA team this season and had three goals and 18 assists for 21 points. 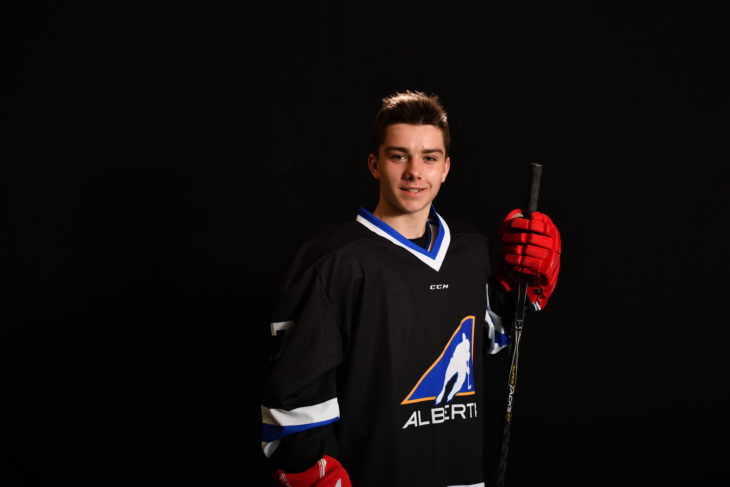 The T-Birds selected forward Sam Popowich from Camrose, Alberta, in the fifth round, 91st overall.

This season Popowich had 19 goals and 26 assists for 45 points in 34 games with the Camrose Red Wings Bantam AAA team. Popowich played in the 2018 Alberta Cup and had two goals and an assist in five games.

“Sam is a smaller power forward with an unreal compete level and he can put up points,” said Filson.

In the seventh round, 142nd overall, the T-Birds selected defenseman Noah Barlage from Humboldt, Saskatchewan.

Barlage had 12 goals and 28 assists for 40 points in 31 games this season with the Humboldt Broncos Bantam AA team.

“Noah is a strong defenseman that moves well and makes a great first pass,” said Filson. “He’s the kind of defenseman that always plays against the other teams top guys and shuts them down.” 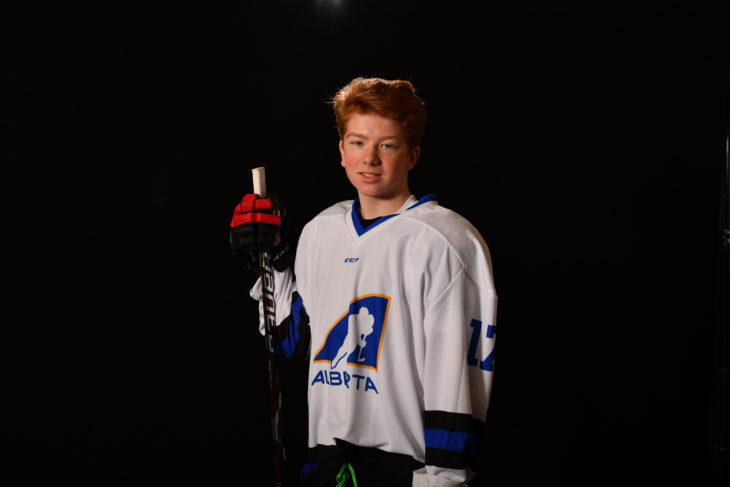 The T-Birds selected forward Reid Schaefer from Spruce Grove, Alberta, in the eighth round with the 164th overall pick.

Schaefer played 27 games with the OHA Edmonton Bantam Prep team this season and had 11 goals and 12 assists for 23 points. Schaefer played in five games at the 2018 Alberta Cup but did not register a point.

“Reid is a hard-nosed power forward that will make room on the ice for his teammates,’ said Filson. “He will battle for loose pucks and make things uncomfortable for the other team.”

In the ninth round, 186th overall, the T-Birds selected forward Mekai Sanders from Gig Harbor, Washington.

Sanders played 20 games this season with the Detroit Compuware 14U team and had six goals and 12 assists for 18 points.

“Mekai is from Seattle. He does everything at full speed. He skates hard, shoots hard, and plays hard,” said Filson. “I see him being a fan favorite.”

The T-Birds selected six forwards, two defenseman and one goalie in the 2018 Bantam Draft.

The Bantam Draft allows for the orderly transfer of players to WHL Protected Player Lists (PPL) from the bantam ranks (14-15 year-old players).

Players from non-North American countries are allowed to be added to rosters via the CHL Import Draft held in June.

Any player that signs a WHL Standard Player Agreement is guaranteed a WHL Scholarship for every year he plays in the WHL. A player is able to attend any career enhancing institution of his choice, including universities, colleges, technical institutes, trade schools, or any other institution which will help the player achieve his academic and career goals. For each season played in the WHL, a player receives a one year post-secondary scholarship, which includes: Tuition, Compulsory Fees and Required Textbooks.