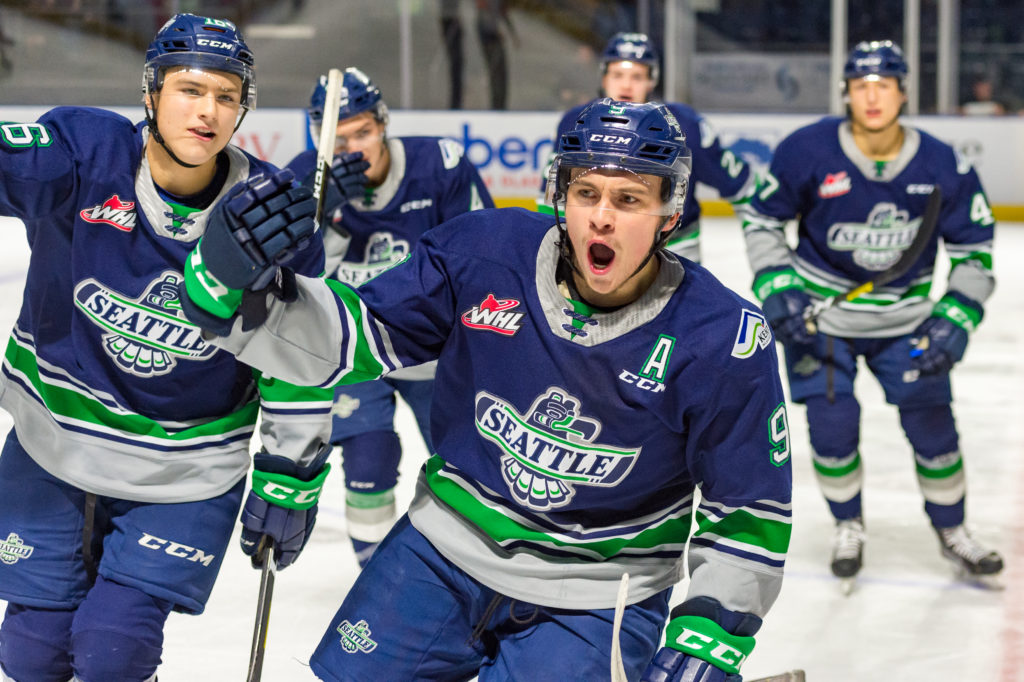 Jeri-Leon has two goals in 4-2 win over Broncos

Swift Current took a 1-0 lead at 7:06 of the first period on a power-play goal by Aiden Bulych.

It was Kukuca’s fourth goal in two games as he had a hat trick Saturday in Medicine Hat. Bruggen-Cate now has a six-game point streak with four goals and seven assists in the last six games. Rempe has a two-game assist streak.

The T-Birds took a 2-1 lead at 2:14 of the second period. Kukuca passed the puck to Ryan Gottfried in the left circle. Gottfried held the puck and then took a shot with Roulette in front of Poulter. Roulette tipped the puck past Poulter for his 12th goal of the season.

Jeri-Leon gave the T-Birds a two-goal lead at 3:15 of the third period. Owen Williams passed the puck up the left wing to Roulette who entered the zone. Roulette centered the puck for a trailing Jeri-Leon. Jeri-Leon beat Poulter with a wrist shot over the glove from the slot for his 14th goal of the season.

Jaxan Kaluski scored for Swift Current at 15:06 of the third to cut the T-Birds lead to 3-2.

Swift Current pulled Poulter with 1:32 left in the game for an extra attacker. Jeri-Leon sealed the win when he hit the empty net with 1:21 left in the game. Max Patterson and Payton Mount assisted on the goal.

Seattle was called for a delay of game penalty with 40 seconds left and had to win the game on the penalty kill. Poulter was pulled a second time but the T-Birds defense and Ross held the Broncos from getting a third goal.