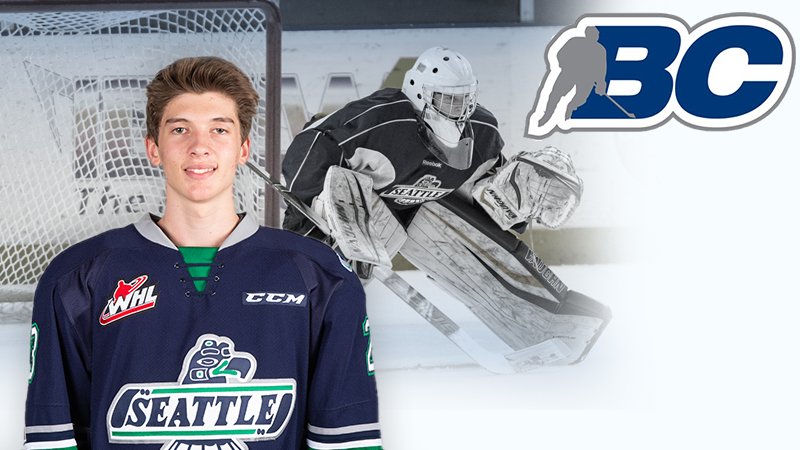 Milic was the 51st overall pick in 2018 Bantam Draft

“Thomas is one of the two best goalies in his age group in British Columbia,” said La Forge. “We congratulate him on his selection to Team BC and look forward to watching him play at the Games.”

Milic, from Coquitlam, British Columbia, was selected by the T-Birds in the third round, 51st overall, at the 2018 Bantam Draft in Red Deer, Alberta on May 3. Milic signed a WHL Standard Player Agreement with the team on August 28, 2018.

This season Milic is playing for the Burnaby Winter Club Prep team in the CSSHL. He has appeared in 11 games and has a 2.72 goals against average and a .900 save percentage.

In his bantam season Milic played in 22 games with the Burnaby Winter Club Bantam Prep team and had a 13-7 record with a 2.06 goals against average and a .925 save percentage.

The T-Birds travel to Kennewick to play the Tri-City Americans on Friday at 7:05pm. They host the Everett Silvertips on Saturday at 6:05pm at accesso ShoWare Center.