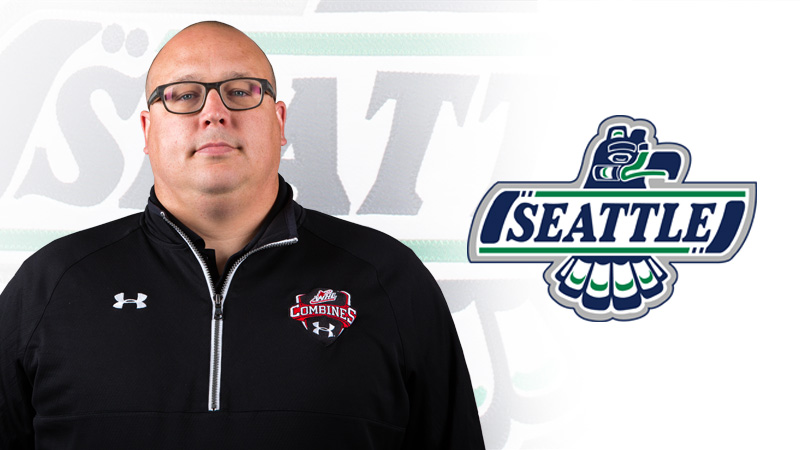 “We highly value the leadership team of the Seattle Thunderbirds, and the addition of Bil La Forge as General Manager is a key part of our goal to build the best hockey development program in the world,” said Dan Leckelt. “Bil has a gift for identifying hockey talent, and he believes in the same values of hard work and commitment that have made the Thunderbirds franchise a success over the years.”

La Forge has been the Director of Player Personnel for the Everett Silvertips for the past four seasons. La Forge joined the Silvertips as a scout in 2008 and was named Head Scout prior to the 2011-12 season.

“This has been a lifelong dream for me. I was fortunate to grow up around hockey and I couldn’t be more excited to join a great franchise like Seattle. This is really exciting for me to join Russ, Dan and Lindsey and help in any way I can,” said La Forge.

“I want to thank the Everett Silvertips for all the opportunities they gave me to grow in the hockey community. Without the support of Garry Davidson, Zoran Rajcic, Scott Scoville, Doug Soetaert and Bill Yuill I would not have had the opportunity to become a WHL general manager.”

Prior to joining the Silvertips La Forge was with the Tri-City Americans and Lethbridge Hurricanes in the WHL and the Manitoba Moose in the AHL.

While with the Silvertips La Forge was also the Director of Mount Carmel Hockey Academy in Edmonton and has an extensive coaching resume in minor hockey, winning multiple championships at the bantam level while carrying a 12-year junior high school teaching career on his resume. In his playing days, La Forge skated in the Ontario Hockey League and Alberta Junior Hockey League before competing collegiately at Augustana University College.

Russ Farwell has been the team’s general manager for the last 23 seasons. With today’s announcement Farwell transitions to the role of Vice President of Hockey Operations with the team. Farwell guided the T-Birds to the 2017 WHL Championship.

“Bil is a proven evaluator of talent and has been working hard for this opportunity to be a general manager in the WHL,” said Farwell. “The Leckelts have made a great choice as the team transitions to new leadership. I look forward to working with Bil as the Thunderbirds build for a run towards another championship.”