T-Birds Improve to 2-0 in Preseason Play 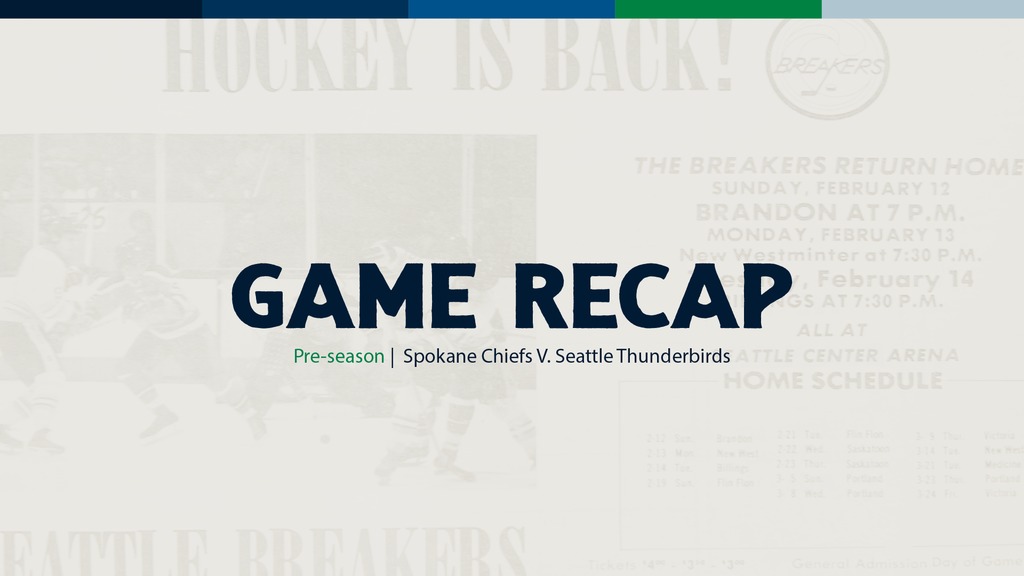 EVERETT, Wash. –Jared Davidson and Reid Schaefer each scored twice, and the Seattle Thunderbirds dropped the Spokane Chiefs, 5-2, Saturday in their second game of the preseason. The Thunderbirds third game of the weekend preseason action is Sunday at noon versus the Tri-City Americans, also at Angel of the Winds Arena.

Against the Chiefs, T-Birds head coach Matt O’Dette was looking to see the team build off their first game Friday, a win over Portland, especially for his younger players.

“Just want to see some progress as far as our habits. Some improvement in some of the areas we’ve gone over in training camp.” O’Dette said it’s the habits and work ethic that need to come through in these preseason games. “We want to see that continue to evolve. I thought it was pretty good at times in this game.”

It didn’t take Seattle long to get on the scoreboard as Davidson scored unassisted just thirteen seconds in.  After Spokane tied it midway through the period, the T-Birds answered with a pair of goals 37-seconds apart. Schaefer scored on the power play at 13:24 and Sam Popowich followed with an even strength marker at 14:01.

The Chiefs made it a one goal game again at 18:47, but shortly after scoring, they took a penalty and Seattle converted with Davidson registering his second of the opening period at 19:24.

The Thunderbirds ran into penalty trouble in period two, but not only did they deny Spokane on four power plays, Schaefer scored his second of the game on an unassisted shorthanded breakaway at 17:03.

Like Popowich, Schaefer sees his role with the team growing. “I see myself stepping into a leadership role. To be there for the younger guys.  We’ve got a pretty young team so I just want to be a guy the younger guys can look up to as well as be a go-to-guy on the ice.”

It was a scoreless third period with Seattle having to kill off two more Spokane power plays.  O’Dette would have preferred a stronger final 20 minutes but fortunately he had goalie Scott Ratzlaff at the top of his game. “In the third period we didn’t take care of the puck very well. Ratzy had to be great in the net.”  Ratzlaff, who last month won a Gold Medal with Team Canada at the Hlinka-Gretzky U18 tournament finished with 38 saves, including 18 in the final frame.

The team hasn’t had a lot of time to work on their special teams yet, but through two preseason games they’ve scored four power play goals and two shorthanded goals while killing off all fourteen opponent’s man advantages.  “Lots of work on it,” said O’Dette of the penalty kill. “Fourteen in two games. We’re mixing in different guys and seeing how they adapt to it. We’re evaluating who can fill that role.” 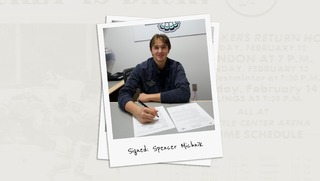 Spencer Michnik Signs with the Thunderbirds
2 weeks ago