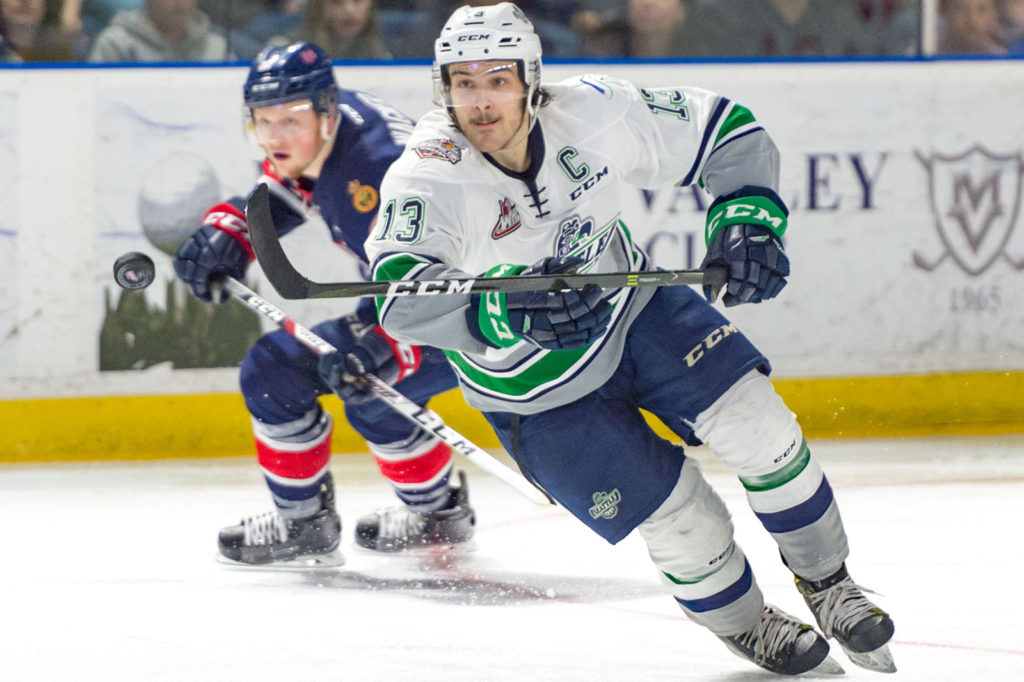 KENT, May 12, 2017 — The Seattle Thunderbirds defeated the Regina Pats 7-4 in Game 5 of the WHL Championship series Friday night in front of a ShoWare Center record 6,223 fans. The T-Birds lead the series 3-2.

Mathew Barzal had two goals and an assist and Keegan Kolesar had a goal and two assists in the game. 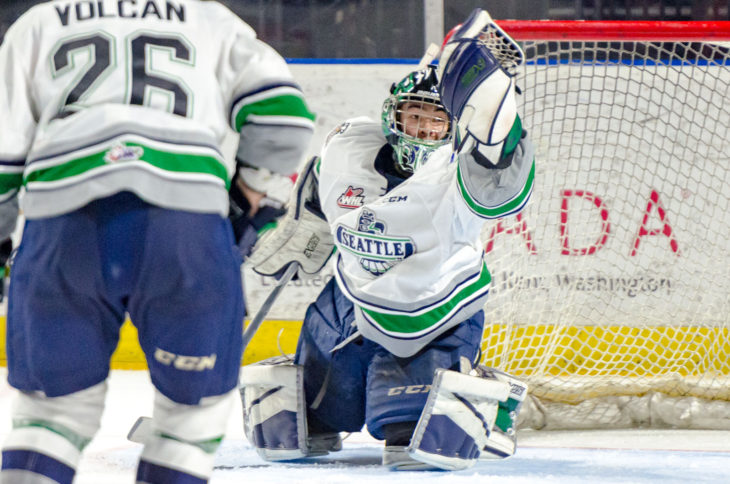 Seattle goalie Carl Stankowski made 33 saves, including 20 in the third period, as the Pats pushed to come back from a three-goal deficit. Stankowski’s record in the playoffs is now 15-4.

The 6,223 in attendance were the most fans to see a T-Birds game at ShoWare Center since the building opened on January 3, 2009.

Regina took a 1-0 lead at 1:05 of the first period on a goal from Josh Mahura. Austin Wagner and Filip Ahl had the assists.

The Pats went in front 2-0 at 3:17 of the first on a goal from Jeff de Wit. Robbie Holmes and Connor Hobbs had the assists.

Seattle cut the Regina lead to one goal at 5:09 of the first on the power play. Scott Eansor took a shot from the slot that rebounded off Regina goalie Tyler Brown. Donovan Neuls crashed the net and banged the rebound past Brown for his eighth goal of the playoffs. Jarret Tyszka had the second assist.

The T-Birds tied the game 2-2 on a power-play goal from Mathew Barzal at 6:01 of the first. Ethan Bear passed the puck up the right wing to Keegan Kolesar who carried it into the Regina zone. Kolesar centered the puck to Barzal in the slot. Barzal beat Brown with a hard wrist shot.

Regina went in front 3-2 on a power-play goal by Dawson Leedahl at 9:37 of the second period. Connor Hobbs and Mahura had the assists. 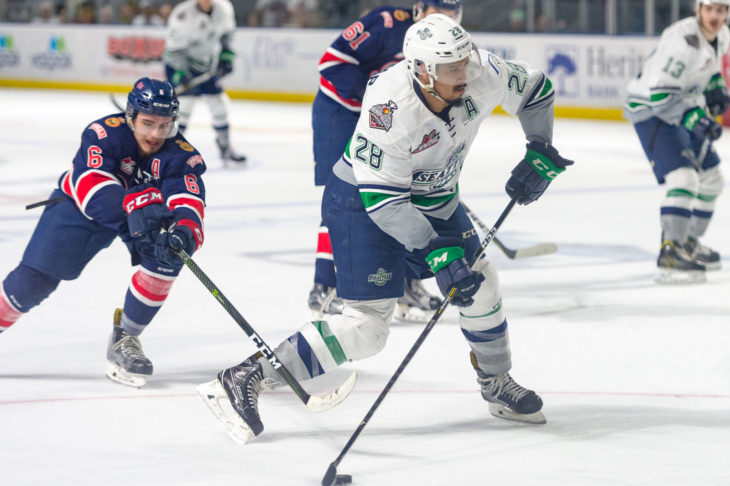 The T-Birds took a 4-3 lead with two goals in 57 seconds. Barzal passed the puck form the Seattle zone to Keegan Kolesar to a create a two-on-one with Donovan Neuls. Kolesar skated towards Brown and beat the goalie with hard wrist shot over the glove at 16:40. Neuls had the second assist and as the goal was scored he was checked into the Regina net by a Pats player drawing a penalty.

The T-Birds took a 4-3 lead at 17:37 of the second on the power play. Bear passed the puck to Barzal in the left circle. Barzal skated into the slot and beat Brown with a wrist shot over the glove. Ryan Gropp had the second assist on the goal.

Seattle outshot Regina 14-8 in the second period and led 30-17 in shots after two periods.

Stankowski stopped Wagner on a breakaway 1:21 into the third period. The T-Birds took a 5-3 lead a minute later when Nolan Volcan tapped in a Sami Moilanen wraparound attempt at the right post.

The T-Birds made it a 6-3 lead at 3:55 of the third on Gropp’s fifth goal of the playoffs. Austin Strand took a pass from Kolesar in the right circle and just missed the net. The puck came to Gropp along the left boards. Gropp beat Brown with a wrist shot from just outside the left circle.

The Pats cut the T-Birds lead two goals at 11:22 of the third when Wagner scored from the left circle. Jonathan Smart and Wyatt Sloboshan had the assists.

Regina pulled Brown with 3:48 left in the game for an extra attacker. Stankowski stopped Sam Steel coming out of the left corner and cutting across the crease with two minutes left in the game.

Turner Ottenbreit scored an empty-net goal with two seconds left in the game to get the T-Birds seventh goal. Alexander True had the only assist.

Regina outshot Seattle 20-9 in the third period but Seattle finished with a 38-37 advantage.