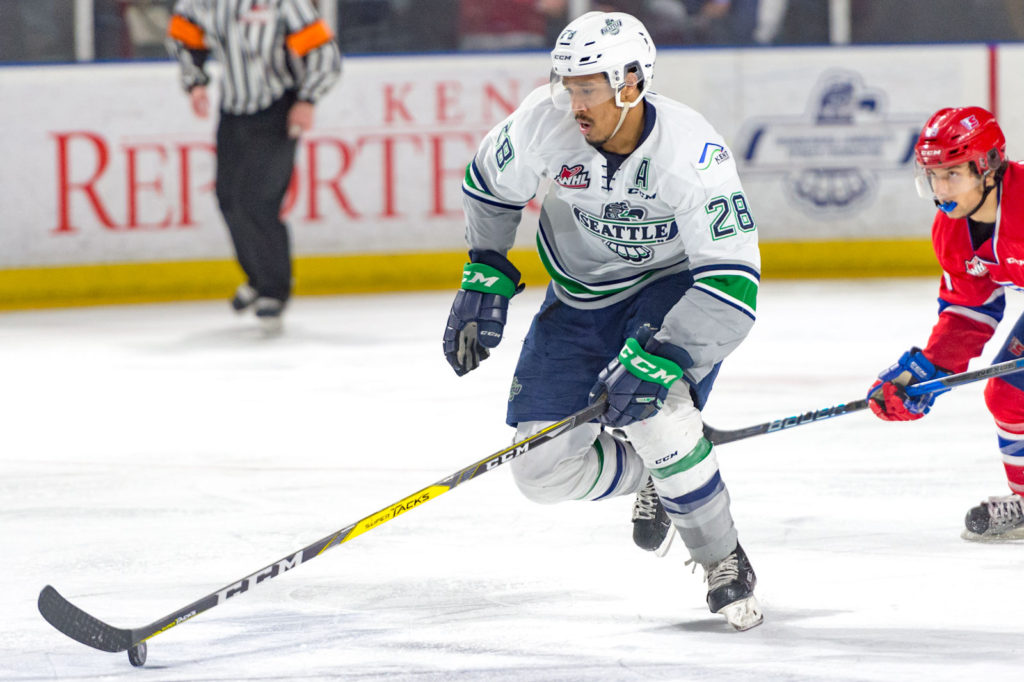 KENT, March 7, 2017 — The Seattle Thunderbirds top line of Ryan Gropp, Mathew Barzal and Keegan Kolesar combined for six points Tuesday night in front of 5,807 fans at ShoWare Center to lead the T-Birds to a 5-2 victory over the Spokane Chiefs.

Seattle is now 42-19-4-2 and with the win they move into first place in the US Division and Western Conference standings. They are one point ahead of the Everett Silvertips and the Prince George Cougars, both of whom were idle Tuesday night, in the Western Conference standings. The Silvertips have three games in hand on the T-Birds and play the Chiefs Wednesday night in Spokane.

The T-Birds play the Silvertips Friday at 7:35pm at ShoWare Center. The T-Birds travel to Portland to play the Winterhawks on Saturday at 6pm at Veterans Memorial Arena. 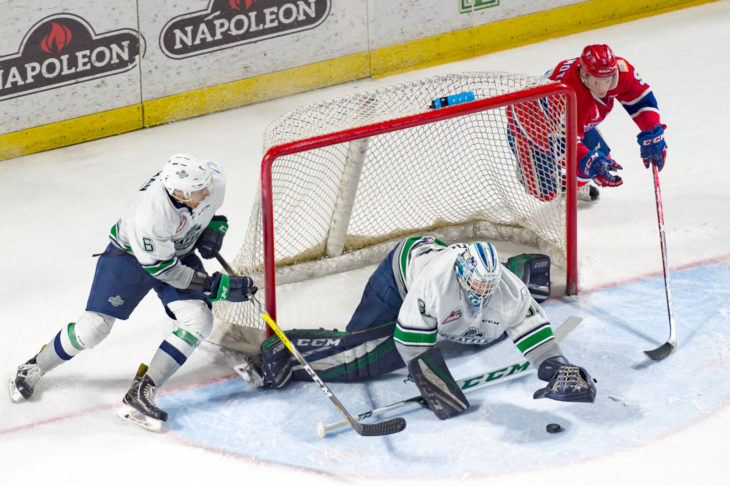 Seattle tied the game 1-1 at 9:08 of the first on a power-play goal from Alexander True. Barzal had the puck along the left boards in the Spokane zone. Barzal passed the puck to Kolesar on the goal line to the left of Spokane goalie Jayden Sittler. Kolesar quickly centered the puck to True in the slot. True beat Sittler low on the glove side with a wrist shot.

The T-Birds took a 2-1 lead at 10:45 of the first on Turner Ottenbreit’s sixth goal of the season. Gropp moved the puck up the right boards to Ethan Bear the right point. Bear crossed the puck to Ottenbreit at the left point. Ottenbreit skated into the left circle and took a slap shot with Kolesar screening Sittler. Ottenbreit’s shot beat the goalie through the legs.

Bear now has a 13-game point streak with the assist on Ottenbreit’s goal. Bear has eight goals and 16 assists in the last 13 games. 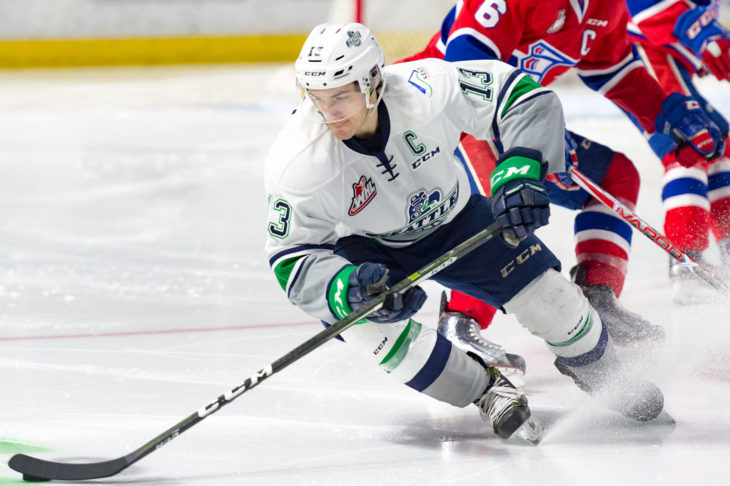 Anthony put the T-Birds in front 3-1 with 30 seconds left in the first period. Barzal centered the puck to Bishop in the high slot. Bishop slid to his right and put a wrist shot on goal that beat Sittler on the glove side. Gropp had the second assist on the goal.

Spokane outshot Seattle 18-6 in a scoreless second period. The Chiefs led 26-19 in shots after two periods.

Kolesar scored an unassisted goal at 2:14 of the third period to give the T-Birds a 4-1 lead. A Chiefs pass up the right-wing boards hit the linesmen and dropped to the ice. Kolesar got the loose pucka and skated through the slot right to left. Kolesar beat Sittler with a backhand shot for his 26th goal of the season.

Donovan Neuls put the T-Birds in front 5-1 at 6:28 of the third on an unassisted goal. Neuls stole the puck in the high slot and skated into the right circle. Neuls beat Sittler with a hard wrist shot over the glove for his 14th goal of the season.

The Chiefs replaced Sittler with Donovan Buskey after the T-Birds fifth goal. Sittler made 23 saves on 28 shots. His record is now 15-14-3-1. Buskey faced five shots and stopped them all.

Kailer Yamamoto was tripped on a breakaway with 53 seconds left in the game and the referee awarded a penalty shot. Yamamoto beat Toth with a backhand shot.