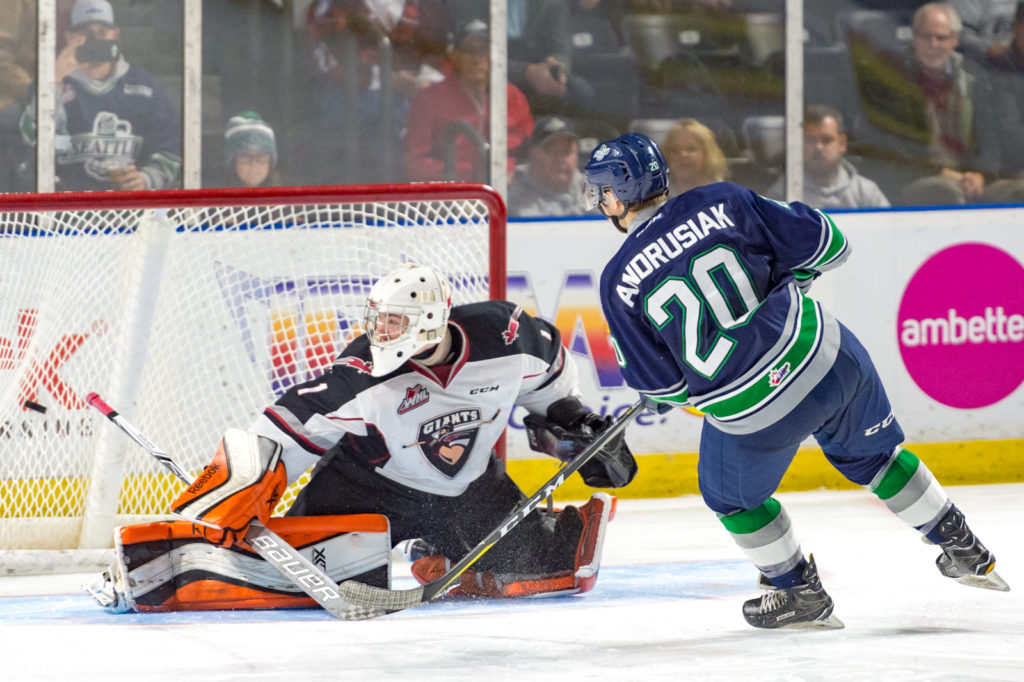 Moilanen and Strand score in 3-2 shootout win over Vancouver

KENT, October 10, 2017 — The Seattle Thunderbirds defeated the Vancouver Giants 3-2 in a shootout Tuesday night at the accesso ShoWare Center.

Vancouver goalie Todd Scott stopped Sami Moilanen, the T-Birds first shooter in the shootout. Ty Ronning came out for Vancouver and beat Seattle goalie Liam Hughes with a move to his backhand putting the puck high.

Nolan Volcan was stopped by right pad save by Scott and then Hughes denied James Malm with a poke check.

Noah Philp was the T-Birds third shooter and he beat Scott with a snap shot high on the glove side. Hughes stopped Milos Roman to send the shootout to sudden death.

Zack Andrusiak gave the T-Birds a 2-1 lead in the shootout with a shot over the blocker of Scott. 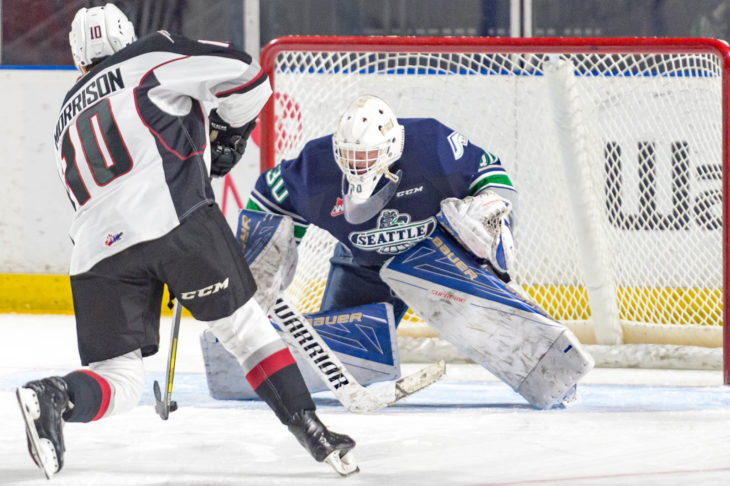 Brad Morrison needed to score to keep the shootout going for the Giants. Hughes denied Morrison attempt to put the puck through the goalie’s legs to secure the win for the T-Birds.

The T-Birds play the Victoria Royals on Saturday at 7:05pm at accesso ShoWare Center.

Seattle (4-2-0-1) took a 1-0 lead 1:50 into the first period on Moilanen’s team leading eighth goal of the season. Volcan pushed the puck up the left wing to Moilanen for a two-on-two break. Moilanen cut to the high slot and beat Scott underneath the blocker. 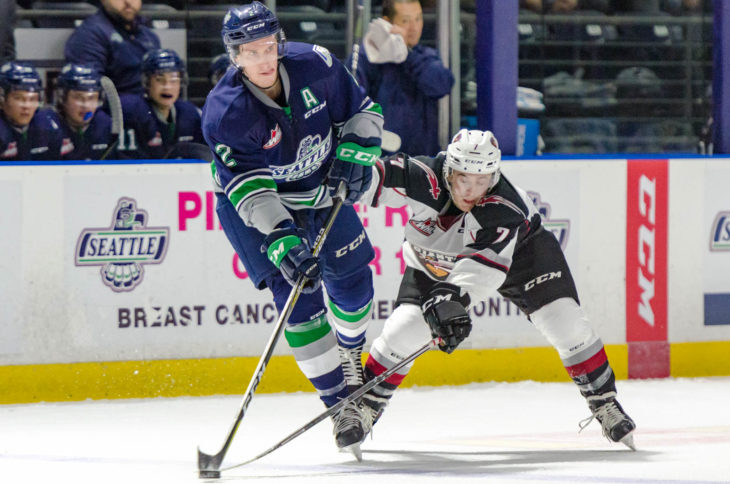 The T-Birds went in front 2-1 at 12:50 of the second period on a power-play goal by Austin Strand. The goal came just as a five-on-three power play was ending. Donovan Neuls passed the puck to Jarret Tyszka in the right circle. Tyszka crossed the puck to Strand in the left circle. Strand one-timed the pass past Scott high for his fourth goal of the season.

The Giants tied the game 2-2 at 19:22 of the second on a goal from Brad Morrison. Matt Barberis and Dylan Plouffe had the assists.

Hughes had 33 saves to get his first win as a T-Bird.

Scott had 23 saves in the loss.