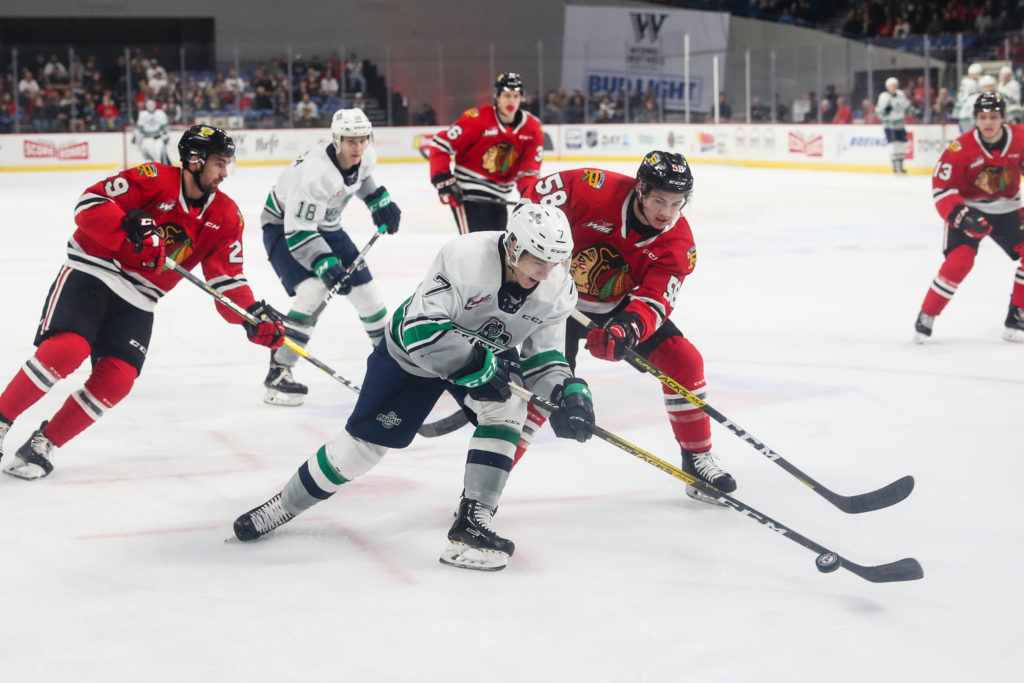 Morozoff scores in 2-1 loss to Portland

This game was the first of eight games between the T-Birds and Winterhawks being broadcast on JOEtv this season. The T-Birds released the JOEtv broadcast schedule on October 30.

Seattle goalie Blake Lyda was very strong in net tonight making 36 saves to keep his team in the game.

Lyda was pulled for an extra attacker with 1:29 left in the game. Matthew Wedman and Andrej Kukuca each had a good scoring chance but Portland goalie Joel Hofer stopped them both and then iced puck with 22 seconds left in the game and called timeout. Seattle kept six skaters on the ice and kept the pressure on but coudld not get the tying goal.

The Winterhawks went in front 2-0 at 5:52 of the second period on a goal by Reece Newkirk.

Seattle (5-7-2-1) cut the Portland lead to one on an unassisted goal from Alex Morozoff at 13:21 of the second. Morozoff got a loose puck in front of the Portland net and beat goalie Joel Hofer high for his second goal of the season.