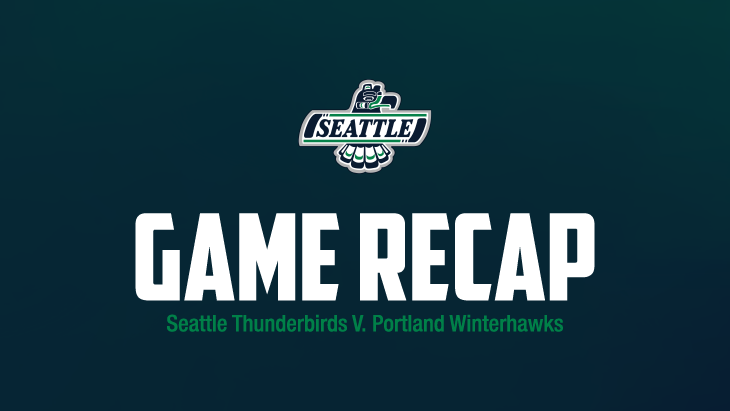 KENT, WA. – Returning to game action for the first time in two weeks, the Seattle Thunderbirds dropped a, 4-3, overtime decision to the Portland Winterhawks Friday at the accesso ShoWare Center. Seattle had not played since New Year’s Eve. Their two games scheduled for last weekend were postponed due to weather, travel and Covid issues. Despite the loss the T-Birds remain in second place in the U.S. Division. The T-Birds are back on home ice tomorrow to host the Everett Silvertips.  Game time is 6:05 p.m.

Despite being idle and still not at full strength, the T-Birds dominated much of the action, outshooting Portland 51-22.  Head Coach Matt O’Dette said he anticipated some rust because of the layoff and limited practice time but liked what he saw from his players. “Definitely can’t fault the way we played. The effort was there. The perseverance was there, coming back in the third period down two goals. A lot of positives to take with us.”  He added there are some details to clean up, but all things considered he was happy with the performance. “Based upon the last couple of weeks, really impressive game for us.”

Possibly owing to the rust of a two-week layoff, the Thunderbirds started slow, surrendering the game’s first goal at the 1:37 mark of the first period, off the stick of Portland’s James Stefan. The T-birds had an answer for that when Conner Roulette struck on the power play at 6:08, assisted by Jared Davidson and Kevin Korchinksi.  It was Roulette’s first game in nearly a month after he missed three weeks due to Covid.

Portland regained the lead at 13:24 on a Tyson Kozak goal.  Seattle then lost Jordan Gustafson to an injury just before the end of the first when he was checked into the boards behind the Seattle goal by Cross Hanas.  Hanas was assessed a five-minute major, and game misconduct on the play.

Unfortunately, the T-Birds could not capitalize on the lengthy power play that also included a full two minute 5-on-3 after the Winterhawks took another penalty early in period two.  O’Dette said they could have executed better. “I think we were kind of a little bit in shock, worried about Gus. I think that was part of it, not quite focused enough for that one.”

The Winterhawks would extend their lead to 3-1 when Kozak scored again, with four minutes left in the second period.

The Thunderbirds came roaring back to tie it in the third.  First, Jared Davidson converted on the power play at 5:52. Roulette and Korchinski were credited with the assists. Then twenty-seconds later Gabe Ludwig cleaned up a rebound of a Nico Myatovic shot, and the game was tied at three.  Lucas Ciona had the second helper.

Seattle was assessed a penalty as time expired in regulation and Portland scored a power play goal on the fist shot of overtime as Stefan potted his second of the night.

Since making some minor adjustments to their power play three games ago, the Thunderbirds are 6-for-14 with the man advantage, something O’Dette made note of. “I thought in general our power play looked good.  We had tons of good looks and lots of opportunities.”

Seattle still has a number of players in Covid protocol, including Reid Schaefer, who is their leading scorer in the season series versus Portland.

Jared Davidson has goals in three of his last four games and has collected six points in that span (3g, 3a). 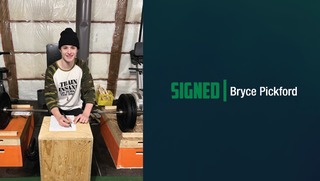 Bryce Pickford Signs with the Thunderbirds
2 weeks ago