MENU
Get your December 7th 2-for-1 tickets HERE!

T-Birds Down Americans For 2-0 Series Lead 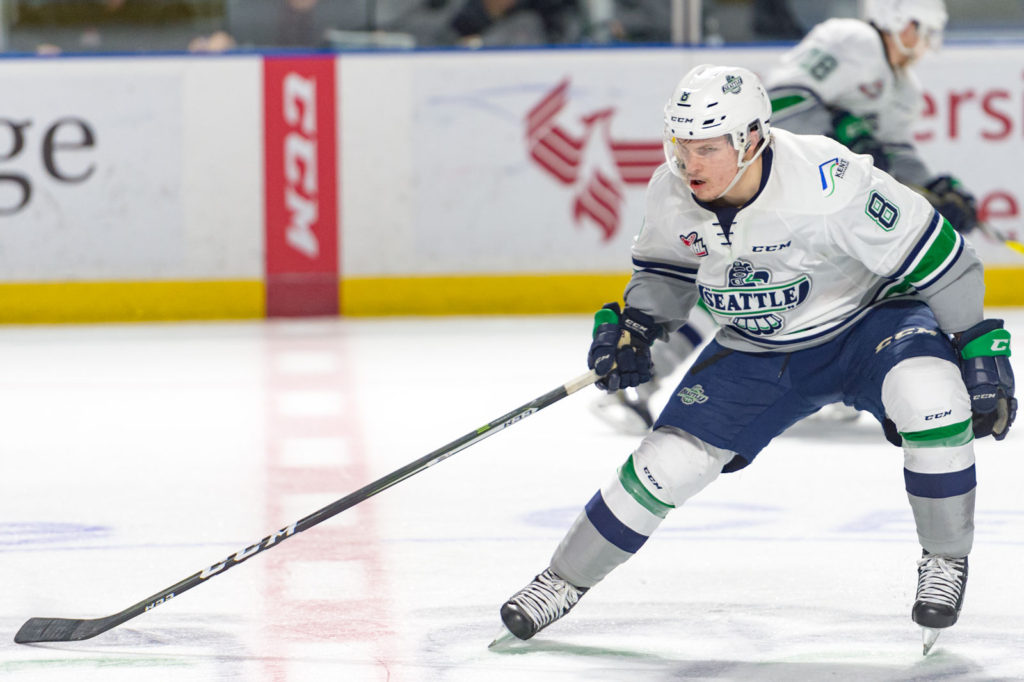 Hyman has goal and assist, Strand and Tyszka with two assists each in 5-2 win over Tri-City

KENT, March 25, 2017 — The Seattle Thunderbirds defeated the Tri-City Americans 5-2 Saturday night in front of 4,502 at ShoWare Center in Game 2 of their best-of-seven first round playoff series. 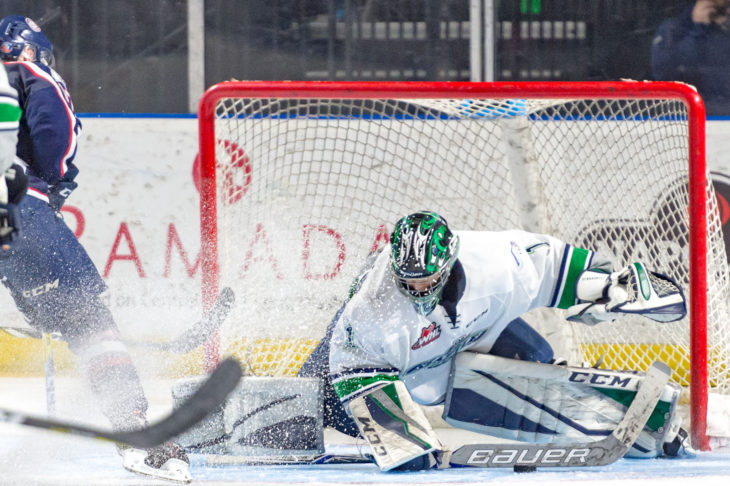 Seattle goalie Carl Stankowski made a very good save sliding to his left to stop Dylan Coghlan on a back-door play early in the first period. The save kept the Americans from taking an early lead and from that point the T-Birds pushed the pace.

Seattle took a 1-0 lead at 8:55 of the first period on a power-play goal from Nolan Volcan. Jarret Tyszka had the puck at center ice and passed it to Austin Strand in the left circle. Strand made a cross-ice pass to Volcan in the right circle. Volcan one-timed Strand’s pass as Tri-City goalie Rylan Parenteau lunged over to make the save. Volcan’s shot beat Parenteau high.

The T-Birds made it a 2-0 lead at 17:14 of the first. Keegan Kolesar chased the puck down in the left corner of the American zone. Kolesar sent the puck behind the Americans net to Scott Eansor. Eansor got the puck to Aaron Hyman at the right point. Hyman gave the puck back to Eansor along the right boards. Eansor skated into the right circle and took a slap shot with Volcan screening Parenteau. Eansor’s shot hit the left before it hit the back of the net.

Tri-City cut the T-Birds lead to one goal at 16:21 of the second period on a goal from Parker AuCoin. Carson Focht had the only assist.

The T-Birds had a 28-19 advantage in shots after two periods by outshooting the Americans 17-10 in the second period.

The Americans tied the game 2-2 on a power-play goal by Maxwell James at 6:52 of the third period. Tyler Sandhu and Juuso Valimaki had the assists.

Mathew Wedman and Donovan Neuls scored goals 26 seconds apart late in the third period to get the T-Birds a 4-2 lead.

T-Birds pressure caused a scramble in front of Parenteau. The puck came to Wedman between the hash marks and he whipped the puck at the net beating the goalie on the glove side at 15:03 of the third. Strand and Tyler Adams had the assists.

Off the ensuing faceoff Dalton Yorke was called for charging giving the T-Birds a power play. Donovan Neuls beat Parenteau from the left circle with a wrist shot over the glove at 15:29 of the third. Ethan Bear and Ryan Gropp had the assists. 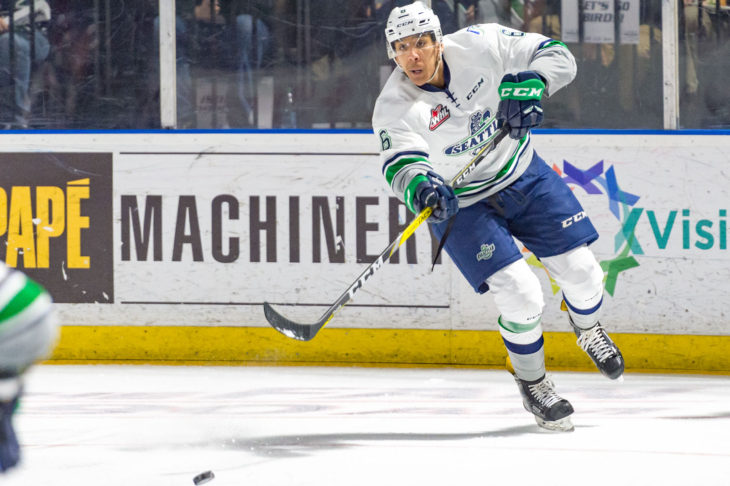 Hyman scored a power-play goal with 18 second left in the game to get the T-Birds fifth goal. Hyman took a wrist shot from the right circle off a pass from Tyszka that hit Parenteau and rebounded over the goalie and into the net. Alexander True had the second assist.

Stankowski had 28 saves on 30 shots to get his second win of the playoffs.

Parenteau made 36 saves on 41 shots in the loss. 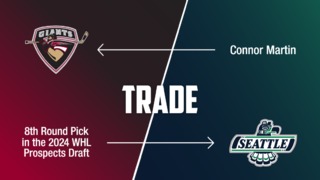 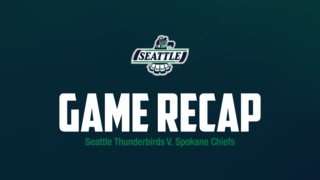 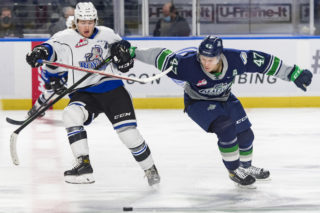 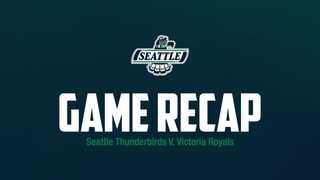 Royals Slip Past T-birds in Overtime
3 days ago

Thunderbirds Claw Past Cougars
6 days ago