T-Birds Cut Magic Number To One With Win Over Americans 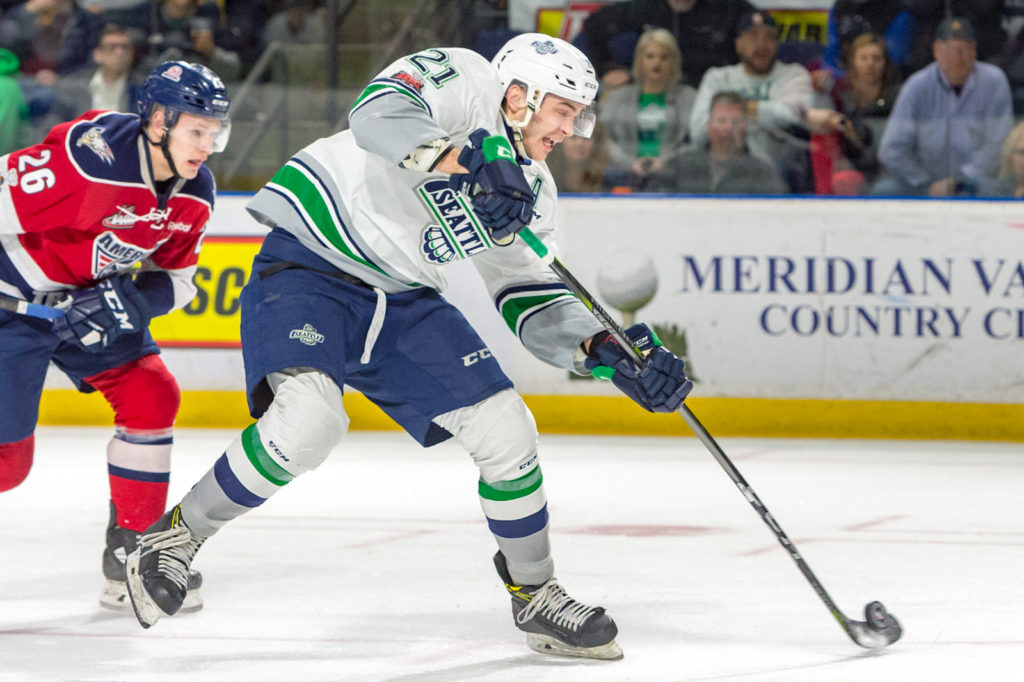 Strand, Andrusiak, Volcan and Wedman score in 4-3 win over Tri-City

KENT, March 6, 2018 — The Seattle Thunderbirds held off a furious rally from the Tri-City Americans in the last 1:36 of the third period Tuesday night at accesso ShoWare Center to secure a 4-3 win. 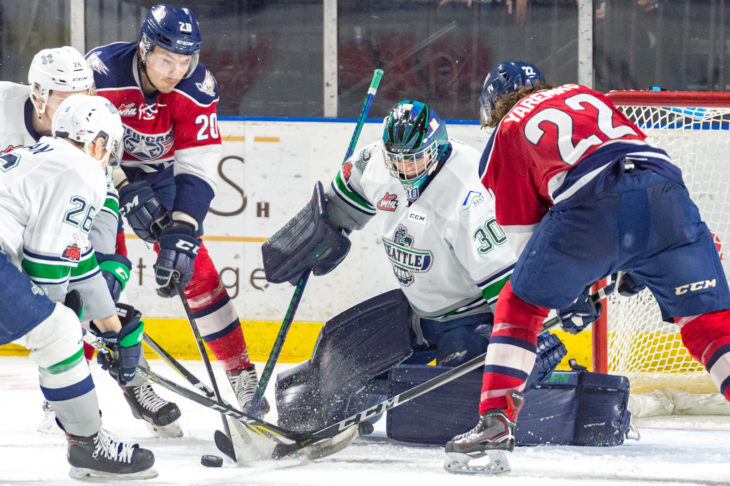 The Americans pulled goalie Patrick Dea for an extra attacker on a faceoff in the Seattle zone coming out of a timeout. Seattle goalie Liam Hughes made several very good saves as Tri-City kept the T-Birds hemmed in. Matthew Wedman and Nolan Volcan each blocked a shot as the T-Birds five skaters were not able to change for the last 1:36.

The Kamloops Blazers have a 29-33-1-4 record which is good for 63 points. They only have five games remaining this season and the best they can do is 73 points.

Seattle took a 1-0 lead at 5:19 of the first period. Jarret Tyszka took a shot coming down the right wing. Tyszka got his own rebound and curled into the right circle. Tyszka found Austin Strand at the right point. Strand fired a low wrist shot with traffic in front of Tri-City goalie Patrick Dea. Strand’s shot beat Dea low on the glove side. 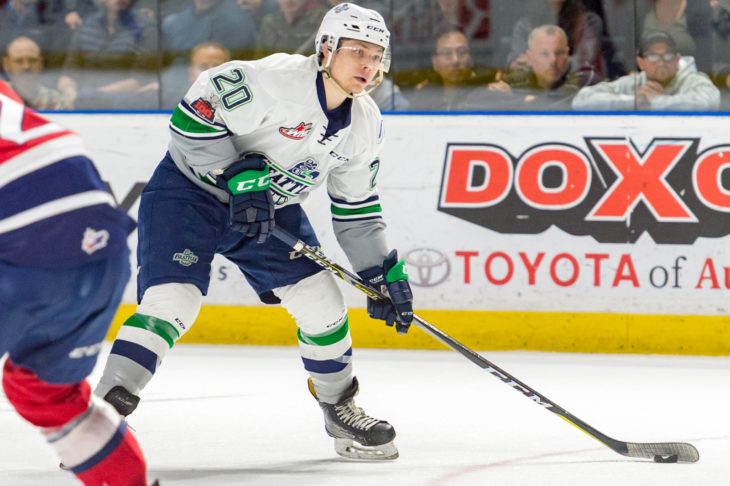 Zack Andrusiak made it 2-0 lead at 4:31 of the second period. The T-Birds were on the power play when a Tri-City clearing attempt hit Noah Philp in the skate and came right to Andrusiak all alone in the right circle. Andrusiak skated at Dea and went backhand, forehand, and then backhand as he lifted the over the goalie as he sprawled in the crease.

Volcan scored an unassisted goal at 9:15 of the second to put the T-Birds up 3-0. It was Volcan’s 30th goal of the season.

Seattle outshot Tri-City 16-8 in the second period and led 27-22 in shots after two periods.

The T-Birds took a 4-0 lead one minute into the third period on a power-play goal. Turner Ottenbreit took a slap shot from the left point that Wedman tipped past Dea for his 16th goal of the season. Reece Harsch had the second assist.

Tri-City cut the T-Birds lead in half with back-to-back power-play goals by Morgan Geekie at 5:25 and Michael Rasmussen at 6:19 of the third period.

Nolan Yaremko knocked a puck past Hughes in a scramble at 15:31 of the third to cut the T-Birds lead to one goal.