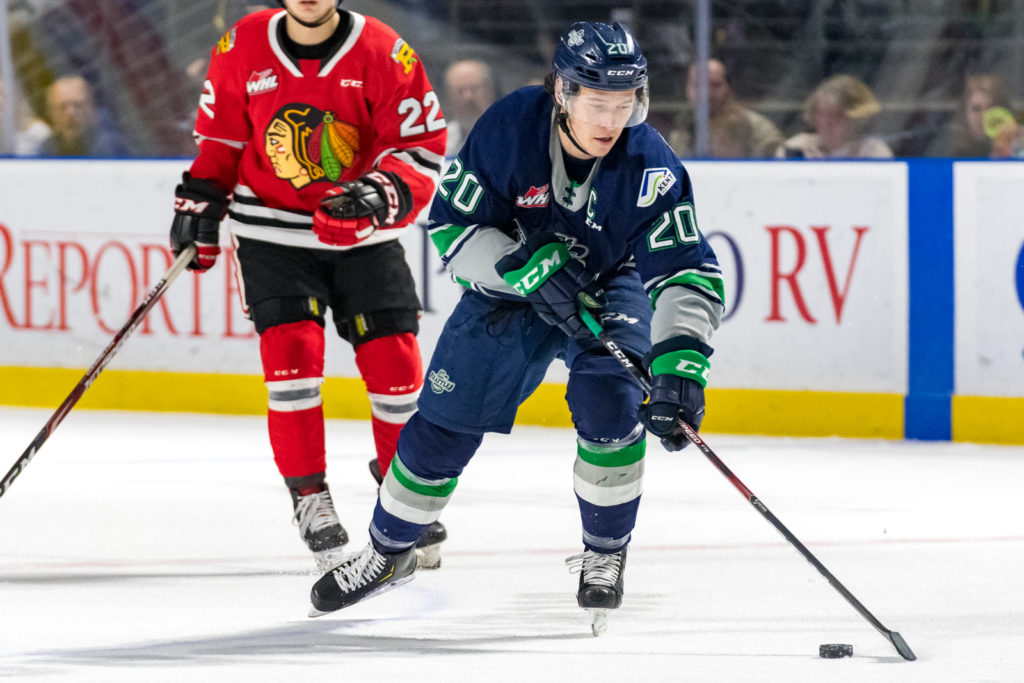 Gottfried, Bruggen-Cate, and Williams score in 6-3 loss to Portland

PORTLAND, February 29, 2020 — The Seattle Thunderbirds were down three goals to the Portland Winterhawks to start the third period. Goals from Conner Bruggen-Cate and Owen Williams cut the Portland lead to one, but it wasn’t enough as the the Winterhawks were able to get two late goals for a 6-3 win at accesso ShoWare Center Saturday night.

Seattle cut the Winterhawks lead to one goal at 3:32 of the second period. Ryan Gottfried created a turnover in the defensive zone and started a two-on-one break with Keltie Jeri-Leon. Jeri-Leon skated into the offensive zone on the left wing and took a wrist shot from the left circle. Jeri-Leon’s shot came off Portland goalie Joel Hofer’s left pad right to Gottfried coming down the slot. Gottfried fired the rebound past Hofer for his third goal of the season.

In the second Jarvis scored a second goal at 8:13 and Lane Gilliss scored on the power play at 18:48 to put Portland up 4-1 after two periods.

Bruggen-Cate started the comeback at 12:08 of the third period. Brendan Williamson found Bruggen-Cate in the slot with a pass. Bruggen-Cate took the pass on his forehand, spun to left and lifted a backhand shot past Hofer for his 14th goal of the season.

Williams scored at 15:51 of the third to cut the Winterhawks lead to one. Mount passed the puck to Williams in the left circle. Williams beat Hofer over the glove with a wrist shot for his second goal of the season. Henrik Rybinski had the second assists.

Robbie Fromm-Delorme scored at 16:44 of the third for Portland.

Seattle pulled goalie Blake Lyda with 1:18 left in the third for an extra attacker. Jarvis was able to score with 36 seconds left in the game to get Portland’s sixth goal.