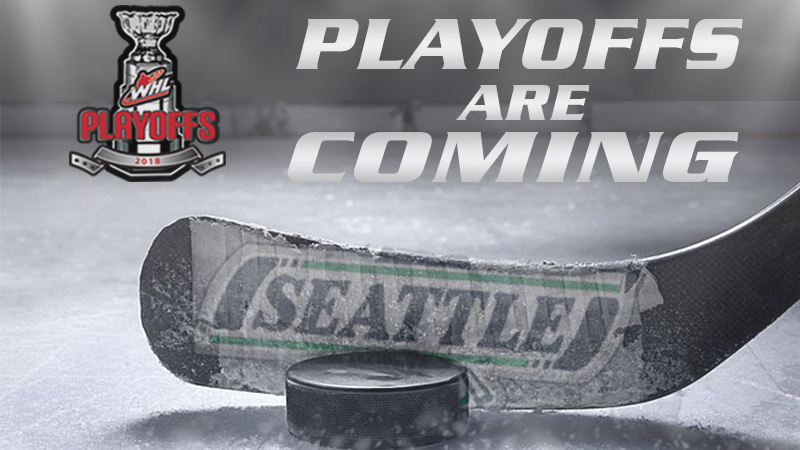 KENT, March 9, 2018 — Zack Andrusiak and Austin Strand each scored two goals Friday night at accesso ShoWare Center to lead the Seattle Thunderbirds to a 4-2 victory over the Spokane Chiefs and a spot in the 2018 WHL Playoffs.

The Kamloops Blazers have 63 points on the season but only four games left. This means the best they could if they won their four remaining games is 71 points, which would not catch the T-Birds.

At this point the T-Birds do not know who their first-round playoff opponent will be. The T-Birds play the Everett Silvertips on Saturday at accesso ShoWare Center at 7:05pm. 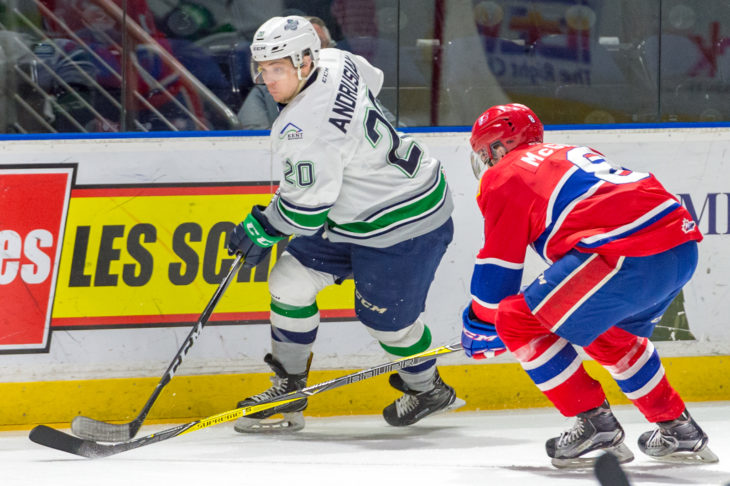 Seattle tied the game 1-1 at 17:04 of the first on a four-on-three power play. Donovan Neuls skated into the left circle and then centered the puck to Andrusiak in the slot. Andrusiak fanned on his first shot, got the puck back and took a wrist shot that went off a Chiefs defenseman and past Spokane goalie Donovan Buskey. Nolan Volcan had the second assist.

Both teams had eight shots on goal in the first period.

The Chiefs took a 2-1 lead at 2:28 of the second period on a power-play goal by Riley Woods. Kral and Nolan Reid had the assists.

Andrusiak tied the game 2-2 at 8:49 of the second. Matthew Wedman won a puck battle in the left corner and moved the puck up the wall to Volcan. Volcan skated towards Buskey through the left circle and made a no-look pass to Andrusiak in the slot. Andrusiak one-timed the pass beating Buskey over the glove for his 33rd goal of the season.

Spokane outshot Seattle 10-5 in the second period and led 18-13 in shots after two periods. 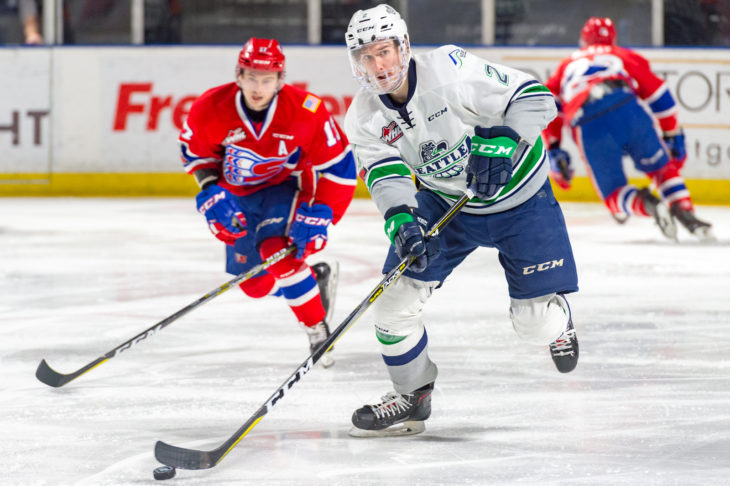 Strand put the T-Birds in front 3-2 at 6:16 of the third period. Volcan passed the puck from the left corner to Strand as he pinched down from the right point. Buskey went down and Strand took a wrist shot beating the goalie high. Matthew Wedman had the second assist.

Strand added an insurance goal at 15:05 of the third on the power play. Turner Ottenbreit passed the from center ice to Neuls in the right circle. Neuls crossed through the high slot to Strand in the left circle. Strand one-timed the pass and beat Buskey high for his 23rd goal of the season.

Both teams had nine shots on goal in the third period. Spokane finished the game with a 27-22 advantage in shots. 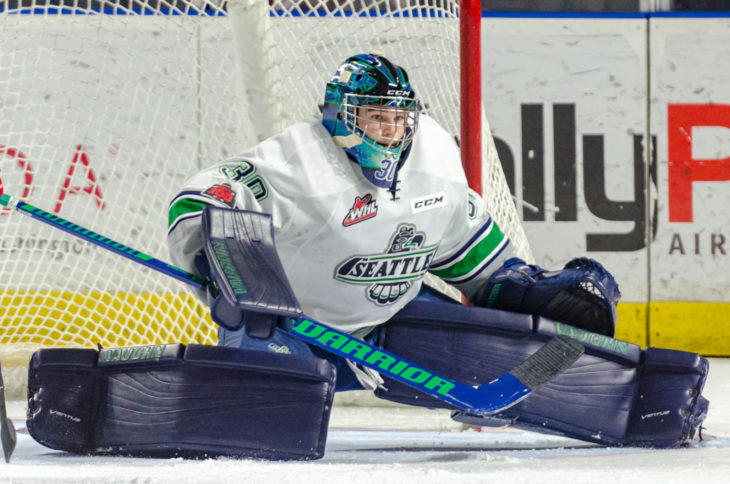