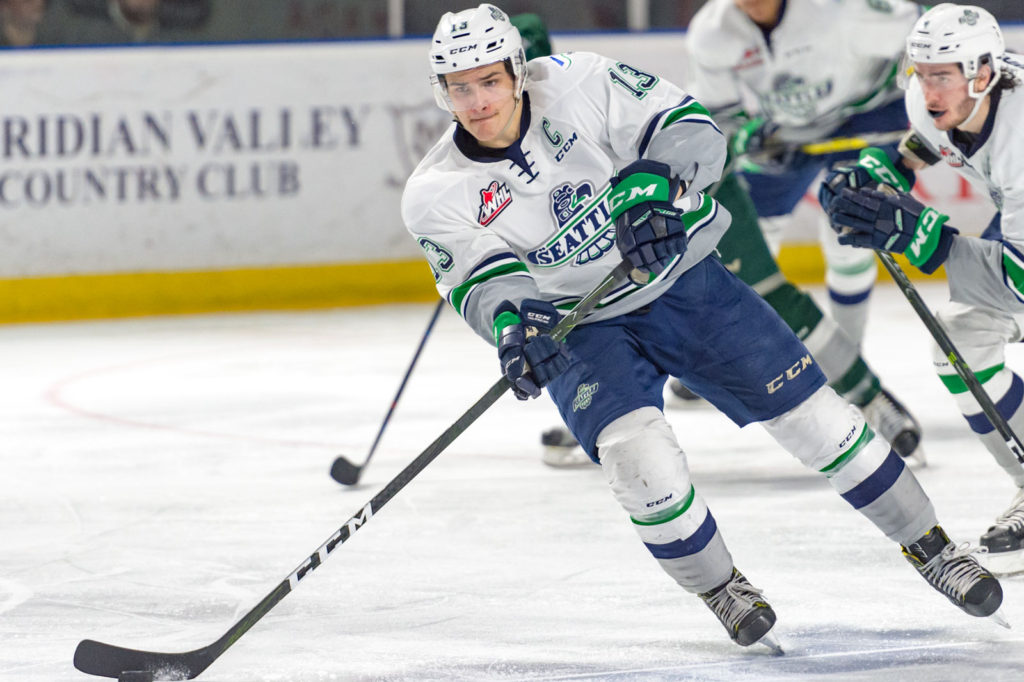 KENT, February 26, 2017 — The Seattle Thunderbirds clinched a spot in the 2017 WHL Playoffs Sunday night with a 6-1 win over the Everett Silvertips in front of 5,157 fans at ShoWare Center.

The T-Birds are 40-18-3-2 and in second place in the US Division. They are one point behind the Silvertips who have two games in hand.

The T-Birds travel to Kamloops to play the Blazers on Wednesday at 7pm. They host the Tri-City Americans on Friday at 7:35pm at ShoWare Center.

Mathew Barzal had a goal and three assists in the game. It was his second consecutive game with four points as he had four assists in a 5-3 win over Kelowna Saturday.

Seattle took a 1-0 lead on a five-on-three power-play goal by Keegan Kolesar at 7:10 of the first period. Ethan Bear passed the puck from the top of the right circle to Barzal at the top of the left circle. Barzal sent the puck to the bottom of the left circle to Kolesar. Kolesar snapped Barzal’s pass past Everett goalie Carter Hart on the short side for his 22nd goal of the season.

The T-Birds made it a 2-0 lead at 12:35 of the second on Luke Ormsby’s sixth goal of the season. Tyler Adams stole the puck off the stick of Hart behind the Everett net and turned into the right corner. Adams turned and send the puck behind the Everett net to Barzal. Adams got the puck back from Barzal on the left board. Adams centered the puck to Ormsby in the slot to send him in alone against Hart. Ormsby deked left, skated right and beat Hart from the right of the net on a sharp angle. 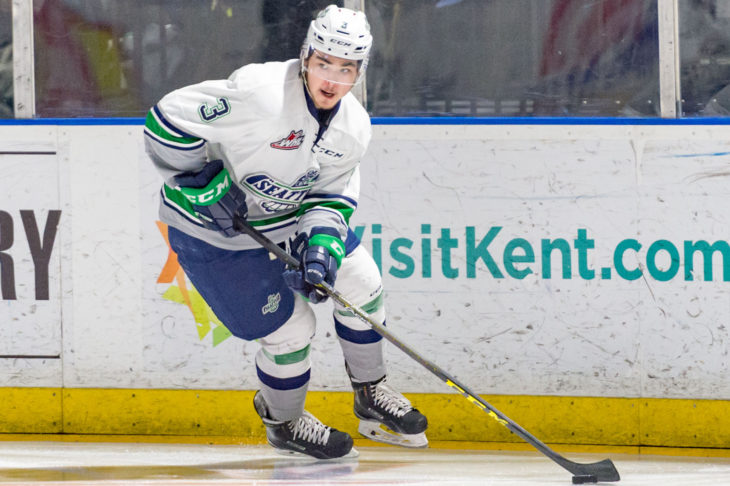 Anthony Bishop scored at 18:04 of the first to make it a 3-0 T-Birds lead. Reece Harsch passed the puck the right wing to Sami Moilanen who carried it into the Everett zone. Moilanen cut through the slot and dropped the puck for Bishop coming off the bench. Bishop came down the slot and beat Hart over the glove with a wrist shot.

Everett replaced Hart with Mario Petit to start the second period. Hart made nine saves on 12 shots and his record is now 27-8-6-1.

Ryan Gropp gave the T-Birds a 4-0 lead at 4:56 of the second period with a power-play goal. Bear took a shot from the right point that deflected into the slot to Barzal. Barzal crossed the puck to Gropp in the right circle. Gropp one-timed Barzal’s pass past Petit high on the glove side.

Barzal made it a 5-1 lead at 12:14 of the second on a power-play goal. Turner Ottenbreit passed the puck from the right-wing boards to Barzal at the left point. Barzal stickhandled into the slot and beat Hart over the glove with a wrist shot. 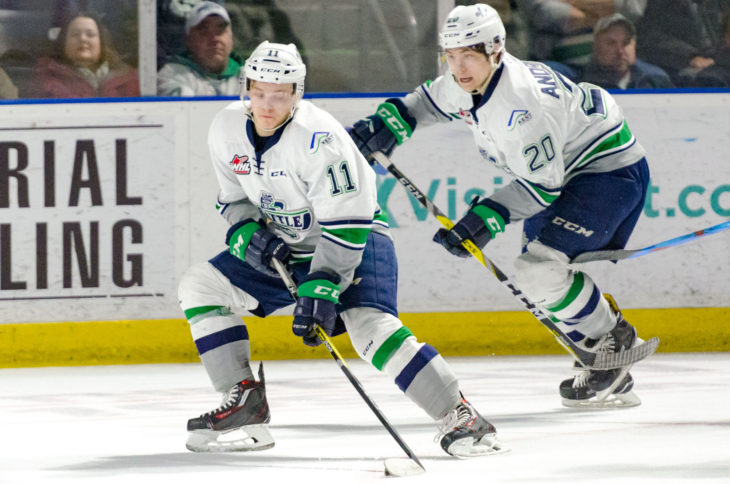 Elijah Brown corralled a loose puck in front of Petit and beat the goalie over the blocker at 15:13 of the third period to give the T-Birds a 6-1 lead.

Seattle outshot Everett 27-21 in the game.